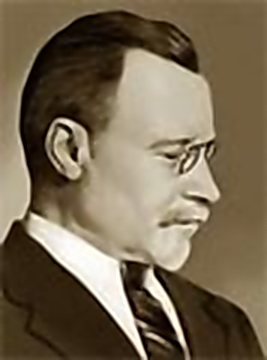 Abram Arkhipov was born to a peasant family. He enjoyed drawing in local school. According to his recollections, he drew here, there and everywhere, where it was possible. He studied under the guidance of icon painters, which arrived in the village. One of them was a noncredit student of Moscow School of painting, sculpture and architecture (MUZhVZ); he helped Arkhipov to enter MUZhVZ in 1876. Arkhipov studied under the guidance of V. G. Perov (he awaked Arkhipov’s interest in peasant theme in painting), under V. D. Polenov, A. K. Savrasov and V. E. Makovsky. Arkhipov studied in the School with interruptions: from 1877 till 1883 and from 1886 till 1888.

In 1884–1886 Arkhipov improved his painting skills; he attended St. Petersburg Academy of Arts. His painting study Sitter, falling from the saddle and drawings were recognized as exemplary works and were passed for persistent storage to the Museum of the Academy. In autumn 1886 Arkhipov was disappointed with academic teaching; he left the Academy and returned to Moscow School of painting, sculpture and architecture. In MUZhVZ he headed the life class. Since 1898 he began to teach as an academician.

In student years Arkhipov worked a lot without assistance. In summer he drew sketches in Ryazan province. He began his art life as a genre painter. He painted a lot of pictures about life of peasants: Game of Svaika, In the shop of rag-and-bone man (1882), Drunkard (1883), Watering place (1883) and others. As his teacher Perov, Arkhipov tried to be honest in depicting details of peasant life.

After the death of Perov, Arkhipov began to paint under Polenov; his style of painting changed, became lighter and more cheerful. For example, his painting Visit of a sick woman (1887) combined depicting of human grief, illness and poverty with the hope of recovery. Arkhipov was awarded big silver medal and conferred a title of class artist for this painting.

In 1889 Arkhipov painted the picture On the Volga River, in which he combined genre and lyric elements. In this painting emotional feelings of the character were expressed by means of landscape, in style of V. A. Serov.

In 1890s Arkhipov resorted to the joining of different genres in his paintings: “The Radonitsa” (1892), “After break of ice” (1894–1895) and others. Arkhipov exposed his painting “On the Oka River” at the 18th exhibition of the Society of Travelling Art Exhibitions (TPKhV). After this exhibition Arkhipov achieved fame; he became a member of this Society.

In 1904 Arkhipov became one of the founders of the Union of Russian Artists (SRKh). The painting manner of Arkhipov changed at that time: from careful depicting of all details to free impressionistic strokes. Arkhipov succeeded to combine impressionism and art of the Itinerants in order to attain dramatic effect: Laundresses (1890s and 1901), The North village (1902), Guests (1914) etc.

In 1912 Arkhipov traveled a lot; he visited France, Germany, Italy, and the North of Russia. He painted many landscapes of the Russian North: Boat wharf in the North (1903), In the North (1912) and others.

After 1917 style and theme of Arkhipov’s painting did not change. His peasant women in red preserved folk traditions. However dominant red color gained revolutionary’s support. The painter combined traditionalism and political loyalty. He joined the Association of the artists of Revolutionary Russia (AKhRR). The peasant portraits Peasant of Ryazan province (1925), Peasant woman in green apron (1927) were painted in his recognizable style.

In 1927 Arkhipov painted the portrait of M. I. Kalinin; he tried to paint in official style, but failed.

In 1927 Arkhipov was awarded title of the People’s Artist of the RSFSR in connection with the 40th anniversary of the labor activity of the artist.

Works by Abram Arkhipov are in many museum collections, including the State Tretyakov Gallery, the State Russian Museum, and other museums of Russia.