Petrovichev got his first art education in Rostov Museum of Church Antiquities, where he studied painting, drawing and restoration. In 1892 Petrovichev moved to Moscow, studied at Moscow School of painting, sculpture and architecture (MUZhVZ) under the guidance of A. E. Arkhipov, N. A. Kasatkin, I. I. Levitan, and A. M. Vasnetsov. In 1900 and in 1901 Petrovichev was awarded two small silver medals for drawing and sketches from nature. In 1903 he was awarded big silver medal for the painting March (The spring road) and was conferred the title of class painter.

After the October revolution, Petrovichev worked in the Commission for Protection of works of art and antiquities of Moscow Soviet of People’s Deputies (Mossovet). Since 1917 he was a member of the art association Izograf. In the same year the first personal exhibition of Petrovichev was held in Moscow. In 1924–1925 his works were exposed at the exhibition of Russian art in New York. In 1927 he was one of the founders of the Association of realist painters. In 1930s he made trips through the Soviet Union in order to gather material for creative work. In 1936–1941 Petrovichev taught painting and drawing at Moscow Art College in the Memory of the Year 1905. During the Great Patriotic War, he lived in Vinogradovo village near Moscow.

The retrospective exhibitions of the works of Petrovichev were held in 1959 in Moscow, Leningrad, Sverdlovsk, Yaroslavl, Kiev (together with L. V. Turzhansky); in 1965, 1978, 1989 in Moscow.

Piotr Petrovichev was one of the most significant painters of Russia in the first half of the 20th century. He continued traditions of the Russian landscape school. During his life Petrovichev was close to the chamber intimate landscape. Special lyricism, depiction of the changeable weather and environment were characteristic for his works. In his painting Petrovichev often used the methods of impressionism style: free manner of painting, big facture strokes, and bright colors. The most favorite motifs in Petrovichev’s painting were sunsets, early spring, interiors of the ancient estates and Old Russian cathedrals.

Works by Piotr Petrovichev are in many museum and private collections, including the State Tretyakov Gallery, the State Russian Museum, Kiev Museum of Russian Art and others.

Show prices for works of this painter 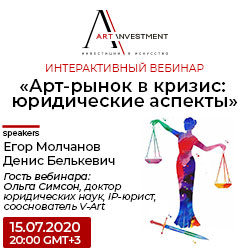