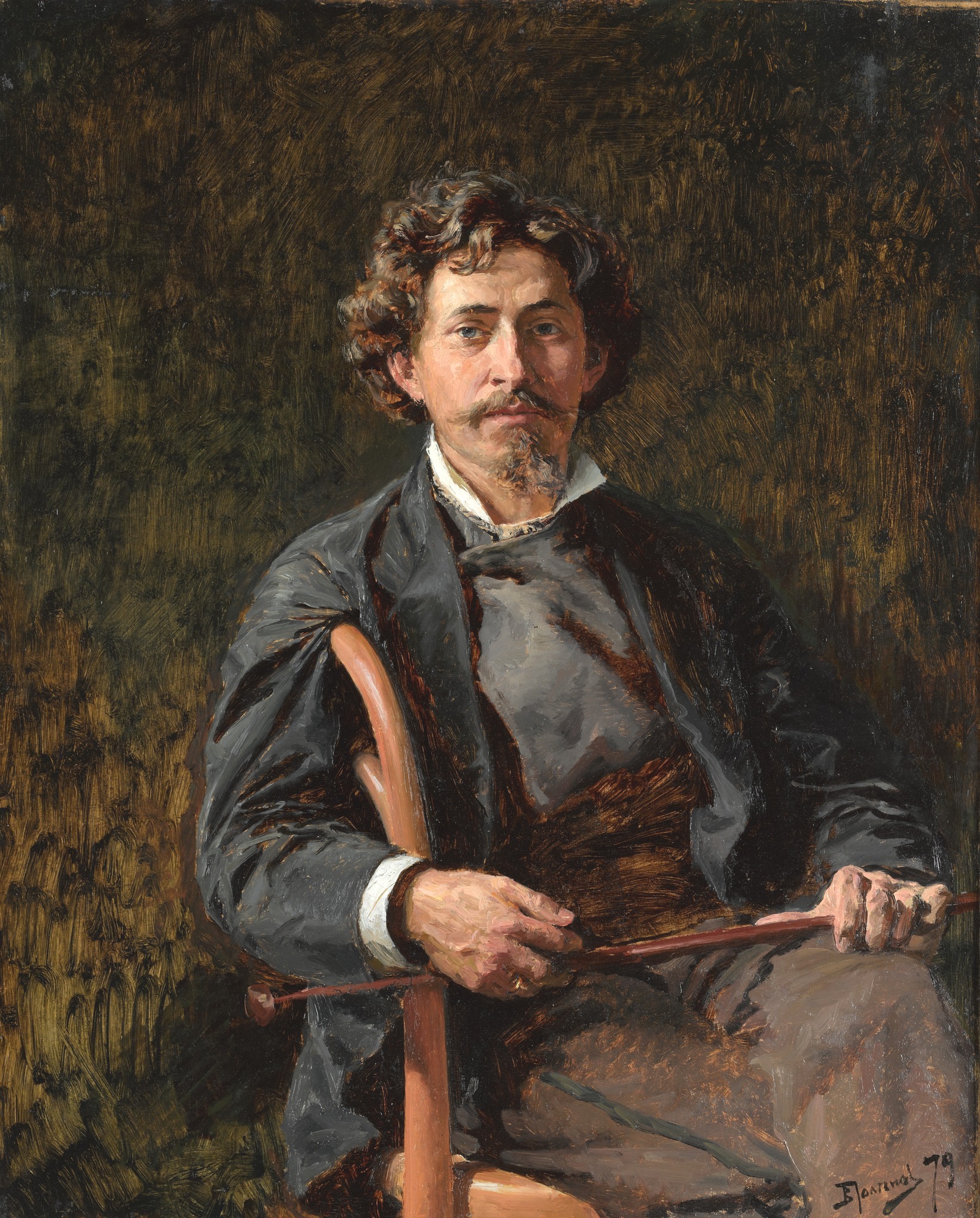 born in a military family farmer. Initial education in the school when the Corps of surveyors surveyors Ukrainian military settlements in Chuguyev. In 1858-1859 he took private lessons in painting IM Bunakova. In November 1863 came to St. Petersburg, within two months of taking classes at the Drawing School of the Society for the Encouragement of Artists RK Zhukovsky and INKramskoy. In January 1864 joined the IAH, first as volnoslushayuschego, from September 1864 - ongoing student at Kramskoi. In addition to the picturesque class also attended classes in sculpture class.

During his studies became friendly with members of the St. Petersburg Artel artists and art critic VV Stasov. In 1870 he traveled along the Volga, presenting at the exhibition of the same academic year, sketches, sketches and albums with pictures. After receiving an allowance for them from the Academy, started working on the painting "Barge Haulers on the Volga, which was shown at the exhibition halls of the Academy in 1872, is awarded a gold medal M.-L.-E. Vigee-Lebrun" in the expression and brought the artist fame.

in 1873 as a pensioner IAH went abroad. After visiting Naples, Rome, Venice and Florence, he settled in Paris. In 1875 exhibited his work at the Paris Salon. In 1876 he returned to St. Petersburg before the end of the pensioner's life. In the same year was awarded the title of academician of the picture "Sadko", performed in France.

In 1900 he settled in the Finnish resort village Kuokkala in the estate's second wife, the writer NB Nordman-Severova. In May 1918, was cut off from Russia Russian-Finnish border, actually being in exile. Twice rejected the possibility of returning, in 1924 during the celebration of its 80 th anniversary, and in 1926, when he received the offer of the Government to return to the USSR. The fact that immigration had no impact on the credibility and popularity of Repin in the USSR. In 1924-1925 in Moscow and Leningrad held solo exhibitions of the artist.

retrospective exhibition of works by masters, timed to 150 anniversary of his birth, was held in 1994 in Moscow.

Repin - an outstanding Russian artist, the greatest masters of the realistic school of art, virtuoso painter and draftsman. He distinguished himself in various genres, creating paintings on biblical, historical, personal stories, the events of modern life, many worked as a portraitist.

Repin wrote to his paintings, usually on coarse canvas, broad smear free. The coloring of his work - bright, saturated. In Figure preferred charcoal, sauce or chalk. The artistic heritage of the master is huge and the hundreds of paintings and sketches, finished drawings and thousands of runaway outline. At today's antique market are more likely to find works of the late period (late 1910's - 1920), most of which was sold the artist's heirs after his death.

Creativity Repin is represented in many museum and private collections in Russia and abroad, including the State Tretyakov Gallery, State Russian Museum, the Scientific Research Museum of Russia Academy of Arts, GMII im. Pushkin, Kiev museum of Russian art and others. In Repino Leningrad Oblast (formerly known as p Kuokkala, again having been absorbed by Russia in 1940) opened a memorial museum of the artist "Penates».