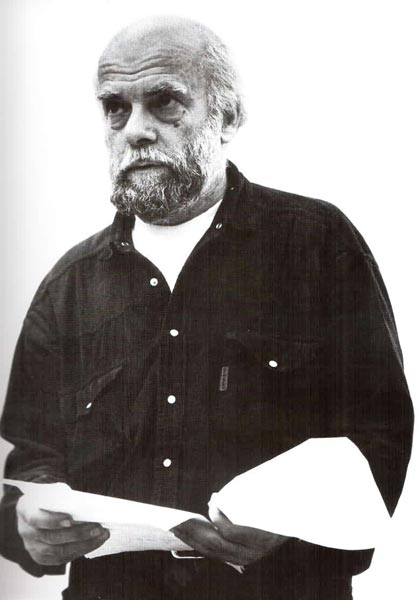 Here is the first publication of his autobiography of Mikhail Aleksandrovich Roginsky. Text is written by individual fragments and with minor editorial revisions were collected in chronological order. - Ed.

father until 1938 worked as head of the library CDKA. Mother - also a librarian, worked in the Central City Library on the street. Vorovskogo.

In 1938, my father planted for some unknown reason, judging by the deadline - 3 years - for nothing. The indictment was "not informing." The paradox is that the one to whom he was supposed to bring, and read "Mein Kampf" in a special Russian translation for the commissars of the Red Army, was secretary of the Komsomol organization of the House of the Red Army and was not arrested.

Instead of three years upon conviction father served 8 years, because his term ended in August 1941 and in June the war began. After the war, in 1946, he was released, but without the right to live in Moscow, Leningrad, etc. In 1947 he was again exiled to Siberia for settlement, simply because, without penalty, "in connection with the worsening international situation." There he lived until 1953, before the amnesty, and then it was rehabilitated in 1954, after Stalin died and Khrushchev came to power.

In 1941 my mother and brother were evacuated from Moscow to Kazakhstan in the city of Semipalatinsk. I remember the day of departure from Moscow - lorry with machine guns at the bus stop 21-second tram.

In 1946 he joined the Municipal Art School - MGHU, which was located in the Miracle Lane, near the ring metro station "Park Kultury". I studied there for 4 years. School is, I do not know why it was closed in 1950, and our course was transferred to the College in 1905.

At Chudovke I was very lucky: I got to painting and drawing in the class of Mikhail Semenovich Perutskogo. He was in the 1920's was a group of "Knife" (New Society of Painters. - Ed .), And then, in his own words, became fascinated impressionism. For example, he said: "Renoir said that Goya these horses, that they want to kiss. This in 1947! I can not say that he did something really taught. I am not sure that teachers should "teach". Rather, encourage, indicate that well. Clean up at the student's bad habits, develop a taste, advise, what to see in a museum, what exhibitions to visit, etc.

When I studied, was only the Tretyakov Gallery. But in 1947 the Hermitage saw French painting - Claude Monet, Van Gogh, Cezanne, Renoir.

Perutsky, I can say with gratitude, has prepared me for the perception of painting. That is to say prepared me as a person who may wish to become an artist.

Nevertheless, the fact that I did not give up painting, I was very surprised.

then started across the country struggle with formalism, and came to us other teachers. There was not to say that the complete darkness, but about the Renoir is not talking. There was indeed a nice teacher of painting - Sergei Kostin, who taught nothing but to live with him was possible.

the theater was Viktor Shestakov, a man of something he taught in the theater, but the theater I was not interested.

latter, diploma, he studied in the moss memory 1905. He studied at the theater and the decorative office and in 1951 graduated with a diploma "painter decorator" /artist.

After graduation - in 1951, "rattled" in the army. Served for three years, in the north.

Since 1954 (after serving in the army) 6 years in theaters in Severodvinsk, Lysva, Pskov and Chrysostom as production designer.

Then he returned to Moscow, where the 1963 th to 1969 he taught at the Children's Art School on Kropotkin.

From 1969 to 1976 he taught at the People's University Absent Art. Krupskaya.

1995. Painter. Currently writing songs with the figures and urban landscapes.

to define himself as a "documentary character", as a continuation of pop art.

began to seriously pursue painting in the early 1960's. He was engaged in "substantive" painting. That is, he wrote, mainly from nature, ordinary household items - kettle, pot, gas stove, etc. Sometimes in the sketches. Gradually, things began to increase. Write them larger than life.

By about 1967 joined the move to the "retro" under the influence of Russian still-life of 18-19 centuries.

Then he began to write small pictures in tempera on hardboard on levkas.

Then, too, on paper and acrylic wrote a series of "Recollections of Moscow" - mostly figures - shops, turn, feast. As well as his Moscow apartment.

engage in abstract compositions - on canvas and collage - reliefs on the tree.

Then a few years doing work on the packaging cardboard - collages, simulating walls and doors. Then he began to introduce the image of persons (like the photo on the walls).

he made a black and white series from the "boards of Honor».

And after the first visit to Moscow after a 15-year absence was the move to traditional painting with three-dimensional space. First they were still lifes, and then the scene with people, urban landscapes.

I like individual works of many artists. For example, Suprematist things Malevich, cityscapes Hopper, Rauschenberg's early songs, the little black abstractions of Turkey, still lifes, windows Beuys, Dubuffet recent abstraction, some early work Veisberg - until it became white on white, and many of Rosenquist, landscapes Levitan .

As for contemporary Russian art, about my generation, those who call themselves the sixties, there is little I can say. It was all too seriously and without humor, too seriously these artists perceive themselves. It seems to me more interesting group of young artists with whom I spoke in the winter 93rd year, is a former "World Champions" - those who previously worked in Furmanny Lane. It's easy, with humor, is intelligent.

As for the general Russian art: the 20-ies - one of the wonders of the world. As it turned out that immediately after the Wanderers, after "World of Art" appeared this painting (and not just art - theater, movies)?

more about the present. In my opinion, it does not matter what place modern Russian painting is now in the world, and how it relates to today's life there - in Russia.

I am sure that Russian art, the present and future, three important things:

2. New Museum of Contemporary Art in Moscow and St. Petersburg.

3. Market - it is not, as there is no more elite. I mean the elite of money, of course. Probably will have to wait for the children or even grandchildren of current nouveau riche. Because today the only serious buyer of contemporary Russian art - the state - is doing and will always give a discount to the "people" (which, as we know, modern art, to put it mildly, of little interest).

Modern painting or, more precisely, contemporary visual art has ceased to interest me. I was repelled by him above all his radicalism, that is, when you immediately see the position of the artist, his application. It's boring. No contemplation, no, as Plato wrote, "something accidental". For example, when I look Levitan landscape or still life Russian 18 th century, I see there is something other than the artist, but his "orders" his declaration.

American painting today leaves me indifferent. To find its value, is worth seeing two monographs - Malevich and Jasper Johns.

The contrast is so stark and so is not in favor of Jones, that you ask yourself: how did it - such glory, that kind of money? Americans, of course, played a major role in the contemporary visual arts, everywhere, but especially in Russia. In Russia, because it was destroyed, etched Russian school 1920.

In the United States were (probably there now) are good artists, for example, Hopper, Pollock, Rauschenberg, Philip Gyusten. Perhaps there are others.

I prefer to go to the Louvre and look where Ancient Egypt, Mesopotamia, Coptic art, Middle Ages, the Flemish primitives. This does not mean that I want everyone to become "as before". I just watch it as an ordinary museum visitor.

We all - the products of their time (and how could it be otherwise?) And my job - it is only responding to what I see and know what's happening here in the West, and especially there, in Russia. Art with a capital letter, ie, the art itself, does not interest me, or rather, I did not understand. Yes, I just do not know what it is in painting - art. This is probably only as long as you learn. If, say, a great art - is Rafael, then so much the worse for the art.