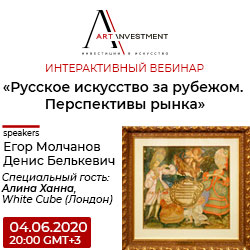 the avant-garde Association; the idea of creation was born after the exhibition "0.10" ("Last futurist exhibition of paintings 0.10"), held in December 1915 — January 1916 in Petrograd and marked the transition to non-objective creativity and Suprematism. Name — from the Latin word supremus — higher.

Organizational plans were discussed at meetings of the circle until the spring of 1917, but officially the society has not been formalized. In may 1917 under the editorship of Malevich was the first issue of the journal "Supremus" (unreleased); to his program was a picturesque Suprematism, sculpture, architecture, new theatre.

in the Autumn of 1917, a group Malevich took a leading role in the Association "Jack of diamonds" and participated in his last exhibition.

the activities of the Association devoted to the monograph of A. S. Shatskih "Kazimir Malevich and society "Supremus"," (Wiley, 2009).