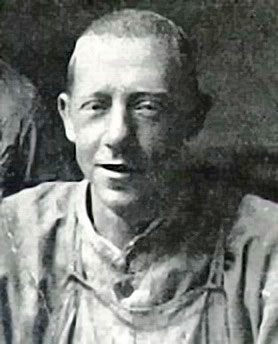 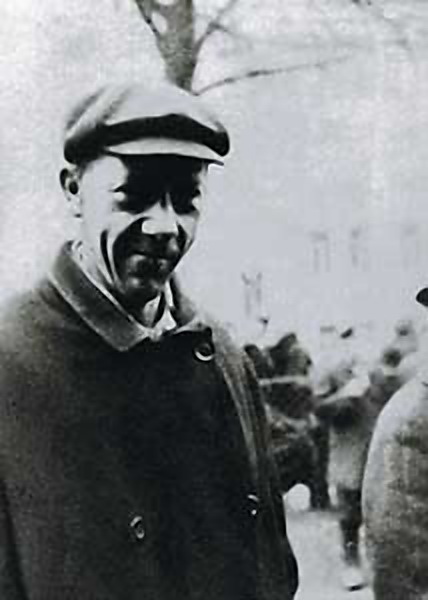 In 1887 his family moved from Kiev to Kharkov. He received education in a real school in Kharkov, ran away from home, sailed as cabin boy on a sailing vessel in Bulgaria and Turkey. About 1,902 arrived in Moscow to earn some money writing icons. In the same year he entered MUZhViZ, studied under Konstantin Korovin and Valentin Serov. The course is not finished. In 1904 entered the Penza Art College named. N. Seliverstov, he studied with Igor Goryushkino-Sorokopudova and AF Afanasiev.

In 1904 and 1908 made several voyages to the Mediterranean countries, particularly Egypt. In 1909 he resumed training in MUZhViZ, where he met with the brothers Burliuk, M. Larionov, Vesnin brothers and other avant-garde artists.

in 1902 showed his work in the Salon 2 ", organized by the VA Izdebski in Odessa. In 1912 took part in the exhibition "Donkey's Tail" in Moscow. Created illustrations for the book Vladimir Khlebnikov "Mirskontsa. Since 1913 - member of society "Union of Youth. In 1913 traveled to Berlin and Paris, where he met Pablo Picasso. Back in Moscow began working on kontrrelefami. He created costumes and scenery for the opera Glinka "Life for the Tsar».

Since 1919, he worked on the monument III International, in 1920 demonstrated a model of the monument in St. Petersburg and Moscow in 1925 - at the International Exhibition in Paris, where he was awarded a gold medal. In 1923 he undertook staging VV Khlebnikov's poem "Zangezi. In 1924-1930 worked on the airframe, driven by man ( "Letatlin »).

In 1931-1933 the Research Laboratory of Plastic Arts in Moscow. In the 1930 - 1940 he worked primarily as a theater artist. He returned to figurative painting.

Creativity Tatlin - the whole phenomenon, as reflected in the various fields of art. He is the founder of constructivism in Russia. It is difficult, however, to determine in which of the activities of the artist manifested itself most strongly, but everywhere he acted as an innovator. In the figure, and in architectural projects, and in kontrrelefah Tatlin Identify and constructive basis for constructing the composition. Interaction design and movement is stileobrazuyuschey basis in his work. In painting and graphic features of constructivism combined with a careful study of the experience of Cubists and plastic language of Russian icon painting.