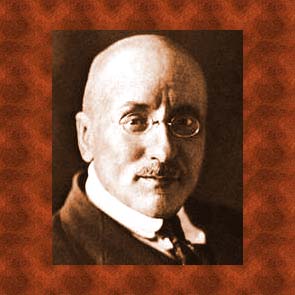 Igor Grabar was born to a family of lawyer, member of Hungarian parliament E. I. Grabar, who immigrated to Russia in 1880 for political reasons and changed family name to Khrabrov. The young boy studied art in the gymnasium of Egoryevsk in Ryazan province, under the guidance of I. M. Shevchenko (1880–1882). In 1882–1889 he studied under V. V. Popov in the Imperial Katkov Lyceum in Moscow. At the same time Grabar attended Sunday drawing classes under Moscow Society of Art Lovers. Since 1889 he studied at the faculties of history and philology in St. Petersburg University. At that time he worked as an artist and critic in the magazines Strekoza (“Dragonfly”), Shut (“Jester”), Budilnik (“Alarm”) and Neva.

In 1892–1894 Grabar took private lessons in painting and drawing under P. P. Chistyakov. In 1894 he entered the Higher Art Institute of Painting, Sculpture and Architecture under the Imperial Academy of Arts; he studied in the studio of I. E. Repin. In 1896 Grabar moved to Munich, where he continued his art education in the School A. Ažbe. Since 1897 he worked as an assistant of A. Ažbe. In 1897 Grabar lived in Paris for some months; he attended the Academy of R. Julien and F. Colarossi. Since 1899 the artist taught in the School of Ažbe and Grabar. Since 1898 he completed architecture course of the president of Munich Polytechnic School F. von Thiersch.

In 1898–1899 Grabar exposed his works at the exhibitions of Moscow Society of Art Lovers.

In 1901 the painter returned to St. Petersburg, joined the society Mir Iskusstva (“World of Art”); since 1902 he took part in the exhibitions of the society. In 1902 Grabar made a trip to Astrakhan and Vologda provinces along the Sukhona and the Northern Dvina Rivers in order to study the Old Russia architecture. In 1903 he moved to Moscow, became a member of the Union of Russian Artists, and exposed his works at the exhibitions of the Union (till 1910).

In 1905–1906 Grabar collaborated with the magazines Zhupel (“Bugbear”) and Adskaya Pochta (“Hellish Mail”). In 1906–1907 he participated in the exhibitions of Russian art organized by S. P. Dyagilev in Paris and in Berlin. In 1909–1910 the artist exposed his works in the Salons of V. A. Izdebsky, in 1911 — at the World exhibition in Rome. In late 1900s he was one of the founders of the edition, editor and author of the manyvolumed book History of Russian Art (Moscow, the publishing house I. N. Knebel, 1910–1915), and a series of monographs Russian Artists.

In 1913 Grabar was elected member of the Imperial Academy of Arts. In 1913–1918 he became a member of the Council of trustees of the State Tretyakov Gallery; in 1918–1925 he headed the Gallery. After the October revolution in 1917, Grabar was a member of the Committee for Protection of Art and Historical Memorabilia. In 1918 he founded and headed the State Central Restoration Studios (now — the All-Russian Art, Scientific and Restoration Center named after academician I. E. Grabar, VKhNRTs named after I. E. Grabar). Since 1920 he taught restoration in Moscow State University (till 1946).

In 1919–1920 Grabar organized expeditions for the purpose of examination and restoration of Old Russia monuments. He was often sent of official trips to the West Europe and USA in order to extend cultural relations.

In 1922 paintings by Grabar were exposed at the First Russian Art exhibition in the Van Diemen gallery in Berlin, in 1924–1925 — at the exhibition of Russian Art in New York, in 1929 — at the exhibition of modern art of Soviet Russia in New York, Philadelphia, Boston, and Detroit. In 1923 Grabar was one of the founding members of Moscow Art Society; in 1927 he joined the Society of Moscow artists. In 1928 Grabar was conferred the title of the Honoured Art Worker of RSFSR (Russian Soviet Federative Socialist Republic).

In 1936 the first personal exhibition of Grabar was held in the State Tretyakov Gallery and was dedicated to the 25th anniversary of creative and scientific work of the artist. In 1939 the exhibition of Grabar’s works was organized in the Pushkin State Museum of Fine Arts. In 1937 the portrait of S. A. Chaplygin by Grabar was awarded at the World exhibition in Paris. Since 1937 the artist lectured at Moscow State Art Institute (till 1943). In 1943 Grabar was appointed director of the All-Russian Academy of Arts and the I. E. Repin Institute of Painting, Sculpture and Architecture, where he headed studios of painting and monumental art. In 1943 he was elected member of the USSR Academy of Sciences, in 1947 — the USSR Academy of Arts.  In 1944 he founded the Research Institute of Art History under the USSR Academy of Sciences, which he headed until the end of his life. In 1956 Grabar was conferred the title of the People’s artist of the USSR.

Retrospective exhibitions of Grabar were held in 1971–1972 in Moscow, Leningrad, Kiev, Krakov, Warsaw; in 2001 in Moscow (the State Tretyakov Gallery).

Igor Grabar was one of the most significant Russian painters of the first half of the 20th century, outstanding public figure and art historian. He was one of the first followers of impressionism in Russia; the artist adhered to impressionistic principles throughout all his life. Grabar painted from nature, without preparatory sketches and drawings. His works were characterized by light and fresh colors; the artist rarely mixed the paints on his palette in order to achieve optical effect, which made an impression of air vibration. The landscapes and still lifes brought fame to the painter. He also painted portraits, was engaged in magazine and book graphic art.

Works by Igor Grabar are in many museum and private collections, including the State Tretyakov Gallery, the State Russian Museum, the Pushkin State Museum of Fine Arts and others.