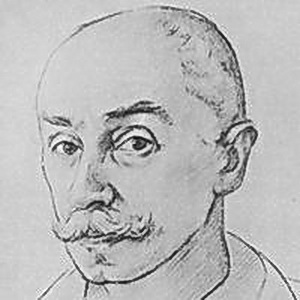 Konstantin Bogaevsky was born to a family of officer. His first art education was in Feodosia under the guidance of I. K. Aivazovsky and A. I. Fessler. In 1891 he moved to St. Petersburg. In 1891–1897 he studied at the Imperial Academy of Arts (IAKh) and (after the reform of Academy) at Higher Art Institute of Painting, Sculpture and Architecture. Since 1895 he painted at A. I. Kuindzhi’s workshop. In 1895 and 1896 Bogaevsky took a trip with Kuindzhi to the Crimea and environs of Simeiz. In 1897 Bogaevsky got a title of an artist for the painting On the Hills.

In 1898 Bogaevsky made a trip with other pupils of Kuindzhi to Germany, France, and Austria. Till 1903 Bogaevsky lived in St. Petersburg, later — in Feodosia. In 1897–1898 he participated in exhibitions of Moscow Society of Art Lovers, in 1903–1905 and in 1907 — exhibitions of Secession in Munich. In 1905 he became one of the founders of New Society of Artists in St. Petersburg. In 1906–1910 he was a member of Society of South Russian Artists.

In 1905–1907 Bogaevsky created series of drawings to collected poems by M. A. Voloshin Kniga Stranstviy (“The Book of Travel”). In 1908–1909 he visited Germany, Italy and Greece on scholarship of the fund of E. D. Polenova. In 1910 he cooperated with the magazine Apollon (“Apollo”). In 1911–1912 he worked on decorative panels for mansion of M. P. Ryabushinsky in Moscow (burnt in the fire in 1995). Since 1910 Bogaevsky exposed his works at exhibitions of resumed group Mir Iskusstva (“World of Art”, till 1915 at intervals).

After revolution Bogaevsky worked at the Crimea Committee for Protection of Art and Historical Memorabilia, made sketches of Crimea architecture. He participated in organization of Feodosia State Free Art Workshops and Public Studio by Feodosia Art Gallery of I. K. Aivazovsky. In 1923 he was one of the founders of art group Zhar-Tsvet (“Fiery flower”).

In 1927, 1932, 1938 Bogaevsky’s personal exhibitions took place in Feodosia, in 1927 — in Kazan. In 1933 the painter was conferred title of the Honoured Art Worker of RSFSR (Russian Soviet Federative Socialist Republic).

Bogaevsky formed his own recognizable art style, similar to symbolism. There were views of Kimmeria in east side of the Crimea in a lot of his paintings and drawings. But due to composition and interesting colours they seemed to be fantastic unreal landscapes. The monumentality, predominance tints of blue and green in colour palette were characteristic for his works. According to Bogaevsky, he wanted to create another, fantastic world in his paintings. After revolution individual art style of painter did not change. In 1930s Bogaevsky painted industrial landscapes, during trips to Baku, Dneprostroy, and Donets Basin etc.

He influenced on art of Voloshin.

Works by Konstantin Bogaevsky are in many museum and private collections, including the State Tretyakov Gallery, the State Russian Museum, the Pushkin State Museum of Fine Arts, Feodosia Art Gallery of I. K. Aivazovsky and others.