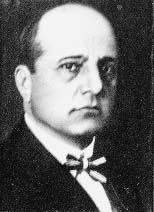 Zhukovsky was born to a family of Polish aristocrat, who was dispossessed and deprived of nobility rights for participation in anti-Russian uprising in 1863. He spent his childhood in his father’s family estate Staraya Volya. Zhukovsky studied at Warsaw classical gymnasium, then — at the college in Belostok, where he acquired his first drawing skills under the guidance of S. N. Yuzhanin.

In 1892 Zhukovsky moved to Moscow. In 1892 he entered Moscow School of Painting, Sculpture and Architecture as a noncredit student, studied under V. D. Polenov, I. I. Levitan, S. A. Korovin, N. A. Kasatkin, and L O. Pasternak. In 1896–1897 Zhukovsky was awarded two small silver medals; in 1901 for his painting Moonlight Night he was awarded big silver medal and was conferred the title of class painter.

In 1890s–1900s Zhukovsky travelled around Russia; in 1895, 1901, 1916 he went to Grodno province, in 1900–1901 visited Ukraine, in 1903 — Yalta; he worked a lot near Moscow. Summer months of 1899–1919 Zhukovsky spent in Tver and Orlov provinces. Since 1895 (until 1901) he regularly participated in exhibitions of Moscow Society of Art Lovers, also in exhibitions of the Society of Travelling Art Exhibitions (until 1918), since 1903 he was a member of this society. In 1902–1903 Zhukovsky exposed his works at the exhibitions of the group Mir Iskusstva (“World of Art”). In 1903 he joined the Union of Russian Artists, participated in exhibitions of the Union until 1923. Zhukovsky’s landscapes immediately brought him fame; they were in popular demand among collectors. First buyers of his paintings were P. M. Tretyakov and N. P. Ryabushinsky.

In 1907 Zhukovsky was conferred the title of academician. In the same year he organized a two-year art school in Moscow, where he taught until the October Revolution in 1917. Among his students there were V. V. Mayakovsky, I. I. Nivinsky and others. In 1909 for his painting Dam he won the A. I. Kuindzhi second prize. In 1909 and 1913 Zhukovsky was awarded medals at the International Art Exhibition in Munich. In 1912 he travelled around Europe, visited Switzerland, Germany, France and Italy.

In February 1917 Zhukovsky joined the association Izograf, which declared political neutrality. After the October Revolution he was in the Commission for Protection of works of art and antiquities of Moscow Soviet of People’s Deputies (Mossovet) and in the College of artists under the State Tretyakov Gallery. On the instructions of the Plastic Arts Department, Zhukovsky inspected private art collections in Moscow and Moscow regions.

In 1919 Zhukovsky moved to Vyatka. At the same time he worked as a scene-designer and producer at a local theatre. In 1920 the first personal exhibition of the artist was held in Vyatka. In 1921 he returned to Moscow. In the same year the second exhibition of Zhukovsky’s works was held at Bolshaya Dmitrovka in Moscow. In 1922 works of the artist were sent to the First Russian Art Exhibition in the Van Diemen Gallery in Berlin.

In 1923 Zhukovsky immigrated to Poland, lived in Warsaw and Cracow. He painted landscapes of Polesia, Belovezhskaya Pushcha and Svislochskaya Pushcha, interiors of palaces and country estates. From 1925 till 1939 he participated in exhibitions of Warsaw Society for the Encouragement of Arts; in 1923 he was awarded gold medal, and was repeatedly rewarded with honorary diplomas and prizes. Since 1923 he was a member of the art association Zakhenta, since mid 1920s — Cracow Society of Friends of Fine Arts Pro Arte. In 1924–1925 Zhukovsky’s works were exposed at the Travelling Exhibition of Russian Art in the USA and Canada, in 1929 — in Copenhagen.

Stanislav Zhukovsky tragically died in the Prushkov concentration camp, where he was taken after the suppression of Warsaw uprising. He was buried in a common grave.

Zhukovsky was one of the most significant landscape painters of the end of the 19th century — the first third of the 20th century. In early works he followed Levitan’s art and realist traditions, which were close to masters of the Society of Travelling Art Exhibitions. In 1910s Zhukovsky developed his own style, mainly based on careful study of impressionists’ experience. He painted large landscapes from nature resorting to strokes of pure color, preferring bright saturated colors; paid a great attention to lighting effects; it allowed him to obtain the impression of freshness and immediacy of perception. The main motifs of his works were old country parks, interiors with open windows and doors in the park. His paintings were characterized by delicate lyricism and elegiac melancholy.

Artistic heritage of Stanislav Zhukovsky is sufficiently great: the artist painted his works quickly, in one or two sittings. His works are in many private and museum collections, including the State Tretyakov Gallery, the State Russian Museum, Kiev Museum of Russian Art, the National Art Museum of the Belarus Republic in Minsk, the National Museum of Warsaw, the National Gallery of Cracow and many others.