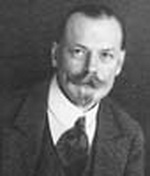 born in the family of a village priest. He graduated from the parochial school, then Kostroma school, he took great interest in painting and decided to devote his life to art. In 1880 he moved to Moscow and entered MUZhViZ learned from Sorokin, VD Polenova, IM Pryanishnikova, VE Makovsky. In 1885 and 1886 for the picturesque sketch and drawing from nature small awarded silver medals. In 1888, for the painting "speculator-loshadnik" ( "Tavern on the Way") has received a large silver medal and the title of the class artist. In 1889 he continued his studies at IAH in Petersburg at BP Villevalde and K. B. Wenig, but soon because of illness dropped out and returned to Moscow.

In 1884-1890 attended the evening drawing in the house Polenova. Since 1889 has participated in exhibitions of the Moscow Society of Art Lovers, a year later for his film "Lunch workers" was awarded the 3rd Prize of the Society. From the very first show landscapes, genre paintings, drawings Vinogradov were appreciated criticism and became the subject of collecting. Among the first purchasers of the artist's works were such big collectors of Russian art, as P. Tretyakov, I. Ostroukhov, PI Kharitonenko, IA ; Morozov, MA Morozov and others.

In 1891-1896 he lived in Kharkov, taught drawing at a trade school. In 1892 joined TPHV, exhibited their works at exhibitions of the Association until 1901. In 1896 he moved to Moscow. He worked in the field of book graphics and designed the book published by A. Stupina. From 1897 he taught at the Stroganov School of Industrial Art. In 1901, he made one of the initiators of the Exhibition of 36-year-artists "in the halls of the Stroganov School in Moscow. In 1901-1903 and 1906 participated in the exhibitions "World of Art". In 1903 became one of the founders of the Union of Russian Artists. In 1904, exhibited his works at the International Exhibition in Dusseldorf, in 1905-1906 - in the exhibitions of Russian art in Paris and Berlin, organized by SP Diaghilev. In 1909, for the painting "Summer" was awarded the gold medal at the International Art Exhibition in Munich.

In 1912 elected as an academician in 1916 - a member of IAH in St. Petersburg. Many traveled to Russia, has repeatedly traveled to the Volga and the North. In 1902, together with M. Morozov went to Europe. In 1915-1917 he lived and worked in the country Korovin in Gurzuf.

After the 1917 revolution was a member of the commission on registration of the Moscow Kremlin to celebrate the first anniversary of the October Revolution. In 1923-1924 headed the organizing committee of a traveling exhibition of Russian art in the United States and Canada. Accompanying the exhibition in the United States, Soviet Russia did not. At the invitation of NP Bogdanov-Belsky moved to Latvia, where he settled in Riga. In 1925, organized a solo exhibition in Riga. For a time he taught in the workshop Bogdanov-Belsky, then founded his own school studio. In 1930 in Riga an exhibition of students Vinogradova.

author of memoirs about the artists Makovsky, Pryanishnikova, Polenova, Sorokin and others.

Vinogradov is one of the most significant masters of Russian art of the late XIX-XX centuries. He had a reputation as a virtuoso painter and a brilliant draftsman. In the early works created genre paintings on themes of village life and the Russian province, close peredvizhnicheskoy tradition - "Fixing the barge" (1888), "Lunch Workers" (1890), "Baba" (1894) and others. Even in these artists used many methods of the Impressionists, in particular, paid special attention to the transfer of lighting effects. In the 1900's focused on the landscape is absolutely in the Impressionist manner, with the immediacy of plein air perception of nature, in the free picturesque style, with bright, vivid colors, bright fresh color. In 1910's, as many comrades in the Union of Russian Artists (for example, S. Zhukovsky, and LV Turzhansky), carried away by the theme of old Russian estates, capturing in his paintings of parks and interiors imbued with subtle lyricism and melancholy. Among the members of the Union stood out as a master of "sunshine", which literally filled the majority of his landscapes.

Vinogradova works are in many private and museum collections, including the State Tretyakov Gallery, State Russian Museum, Pushkin Museum im. Pushkin, the Riga Museum of Art, Carnegie Museum in Pittsburgh.