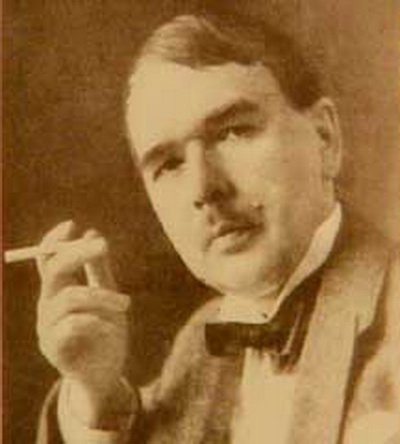 born in the family of gendarme colonel. In 1897 entered MUZhViZ, studied with AE Arkhipov, NA Kasatkin, Leonid Pasternak, A. Stepanova, A. Vasnetsov. In 1902, together with M. Larionov and AV Fonvizin expelled from School for a year for showing at a student exhibition of work content in an intimate manner, "not part of the curriculum. In 1903 continued his studies in the workshop by Valentin Serov and Konstantin Korovin. For drawing and painting was awarded two silver medals. In 1909 he commissioned a painter with the title neklassnogo. In the same year, continued his studies at the Higher Art School of Painting, Sculpture and Architecture at the St. Petersburg Academy of Arts - in the studio D. Kardovsky.

work, and in a variety of fields, as well as participate in exhibitions Sudeikin started early. In 1904, together with fellow students on MUZhViZ arranged in Saratov exhibition "Scarlet Rose". He was one of the organizers of the Symbolist association "Blue Rose", the only exhibition which was held in 1907 in Moscow. In 1904-1910 he participated in exhibitions of the Moscow Association of Artists and the Union of Russian Artists. In 1908 he exhibited his works at the exhibition of avant-garde "Wreath - Stefanos", hosted by Larionov and DD Burliuk. In 1911 became one of the founders of the revived "World of Art».

in 1902-1903 participated in the design of performances in the opera entreprise Mamontov in the Hermitage garden. From 1905 he collaborated with Meyerhold's theater-judge, on Cook's street in Moscow, from 1906 doing work for the Theater Komissarzhevskaya in St. Petersburg, in 1910-1911 he worked in the theater Club House of Interludes, in 1912-1917 - in the literary and artistic cabaret "Stray Dog" and "Rest of comedians. He performed the murals in the theater studio at Cook's, cabaret "Stray Dog" and "Rest of comedians. The designer was the Maly Opera Theater in St. Petersburg, the Moscow Chamber Theater, the New Drama Theater in Moscow. In 1912-1913 was drawn SP Diaghilev to the execution of sets of sketches LS Bakst and Nicholas Roerich to the ballets of Russian seasons in Paris.

In 1917 went to the Crimea, where he was based on the values the nationalized the Vorontsov Palace, and then lived in Novorossiysk. In 1919 he moved to Tbilisi. With L. Gudiashvili and D. Kakabadse designed the literary and art cafe "Himerioni, run poster and twelve-panel screens for the evening Futurist poet Vasily Kamensky. Performed the painting home theater Tumanov.

In 1920 he emigrated to Paris. He worked for the theater "Die Fledermaus" NF Baliyeva, designed the two performances for the company of Anna Pavlova. In 1922, together in a troupe Baliyeva arrived on tour in the U.S. and settled in New York. Together with composer S. Corona organized cabaret "Cellar fallen angels". In 1924-1931 a lot of work for the Metropolitan Opera House, having issued the performances of "Petrushka" (1924), "The Nightingale" (1925), "The Magic Flute" (1926), "Les Noces" (1929), Sadko (1929), " The Flying Dutchman "(1930), Sorochinskaya Fair" (1931) and others. In 1939-1940 designed the ballet performances Covent Garden. He has worked with choreographers Balanchine, VF Nijinsky, Mikhail Fokine.

In 1934-1935 he worked in Hollywood on the production of the film "Resurrection" by Leo Tolstoy's novel.

last years of his life had been seriously ill, was buried at Brooklyn Cemetery.

Sudeikina solo exhibitions were held at the Art Institute of Chicago (1927-1928), the Carnegie Institute in Pittsburgh (1929), the Public Library in the Brooklyn Museum in New York (1933). The literature also found mention of the exhibition of the artist in 1934-1939 in private galleries in New York and Los Angeles. Memorial retrospective of the artist's works was held in 1964 in New York.

symbolist works from the early 1900's Sudeikin in 1910-s gone to a more primitivist, stylization concept art and design, based on the traditions of Russian lubok, signboards, painted toys. His works have won this time, the extraordinary popularity in St. Petersburg and Moscow public and created Sudeikin reputation as a "fashion" of the artist. Emigration was known primarily as a theatrical designer, but continued to easel painting. In later works Sudeikina miriskusnichesky retrospectivist combined with the techniques of Cubism, Futurism and Expressionism.

works are in collections of major domestic and foreign museums: the State Tretyakov Gallery and the Pushkin Museum im. Pushkin in Moscow, State Russian Museum, the Brooklyn Museum in New York and elsewhere.