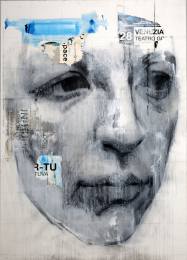 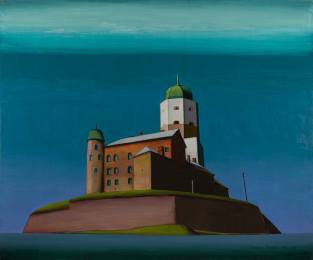 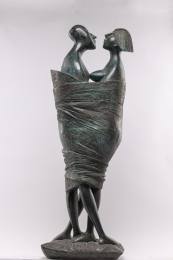 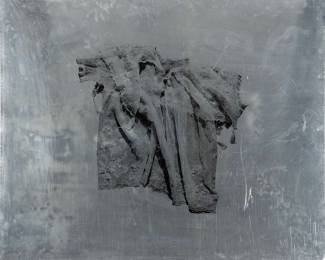 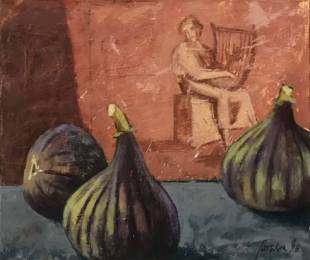 The second material, a new column AI talk about the impact of the crisis on the most promising rising star of the international art-рынка

In the first material AI new column we told about the first number in the rating of trust to the professional art-рынка recognized artists — Gerhard Richter. Today we will examine what indicators were included in the crisis and feels like the leader of the rating of young artists from ArtTactic Rashid Johnson.

Rashid Johnson (1977), American conceptual artist, one of the most prominent authors in the status of "on the rise". Works in the genre of Post-Black Art (c eng. — "post-черное art"), showing through the synthesis of historical, cultural and material intersections of the continuity of African-American history and world art history. The main directions — painting, sculpture and photography. When creating objects uses a large amount of materials from everyday life, from wood and ceramic tiles to living plants and electronic parts. The most recognizable combination of materials, which is associated with Rashid Johnson — a mixture of wax and black soap, which he applies onto the canvas, creating a three-dimensional composition. Their creative teachers, the artist considers Joseph Beuys, Bruce Conner, Joseph Cornell, Carl Andre, David Hammons and Kazimir Malevich. The main gallery, presenting author, — Hauser & Wirth (Zurich, London, new-Йорк, Los-Анджелес).

• Johnson — representative of the "Chicago school": this applies both to the system of art education and art market (recall that the main art-ярмарки USA before the advent of Art Basel in Miami-Бич took place not in new-Йорке or Los-Анджелесе, namely in Chicago).

• the artist's Father was a ham radio operator and the owner of the Studio electronics, the mother worked as a teacher of African history. By his own admission Johnson, he grew up between his father's workshop and library of the mother that shaped his life philosophy and views on art.

• Contrary to some sources, Rashid Johnson has not been studied in the most prestigious art University USA — the art Institute of Chicago, but graduated from two specialized institutions in the neighborhood: Columbia College Chicago (2000) and the Art school of the University of Chicago (2005).

• Being a recent student of the University, the young artist was noticed and selected to participate in the resonance group exhibition Freestyle at the Studio Museum Museum in Harlem (new-Йорк, 2001). Is that for the younger generation of African American authors have established the genre of Post-Black Art.

• Between the end of University (2005) and the decision of Johnson to move to new-Йорк (2008) hosted several significant events, which influenced the acceleration of the career of a young artist, — in particular, modern conceptual art entered in the category "blue chips" of the market through the sale of famous works by Damien Hirst for $12 million, was written and published a book of don Thompson's "the Stuffed shark for 12 million", and sales of art in the world market showed a historical high in 2007 (and it is at the expense of modern art). Rashid gathered his things and moved to the capital of world art-рынка.

• Important point: by the beginning of the conquest of the new-Йорка from Rashid Johnson's behind was already 8 solo exhibitions—, five in Chicago, one in Washington, Magdeburg (Germany) and Naples (Italy). He managed to take part in 23-х group exhibitions and to get into a prestigious private collection Rubell Family Collection in Miami. Own sources AI attribute this growth to the David Kordansky gallery from Los-Анджелеса: she had no private space in new-Йорке, however, the desire to work with the East coast market through an active artist — was considerable.

• In 2011, in the career of Rashid Johnson were two events that raised it to a qualitatively new level: the curator 54-й Venice Biennale the beach Kuriger invited a young (33 years) of the artist in the main project, and the author signed the first major contract with a top-галереей Hauser & Wirth.

• the Auspices of the Hauser & Wirth a little refocused marketing activity Rashid Johnson: he now began to pay more attention to international competitions and residencies, and institutional exhibitions were held in good by the level of the museums of countries with wealthy local collectors — e.g., Mexico, South Africa, China and Scandinavia.

• it is Interesting to note that while Johnson Hauser & Wirth in 2011 signed a contract with another author — British sculptor Thomas Houseago. According to ArtTactic, today it occupies 6-ю place in the ranking of confidence of the market in the long term for young artists (which we will write in due time).

Rashid Johnson in facts and figures

According to Artfacts, to date, the artist has held 44 solo and participated in 185 group exhibitions (4 of which were scheduled for 2020, but still moved), the 9th international Biennale, and at least 22 art-ярмарках. Presented on a non-exclusive basis 18 galleries and private dealers, among which the main — international network of Hauser & Wirth (collaborate 2011). His works are in prestigious Museum collections, particularly in new-йоркском the Museum of modern art MoMA, the Solomon R. Guggenheim Museum, the Museum of American art Whitney (both — new-Йорк), the Art Institute of Chicago, as well as in prestigious corporate and private collections — for example, the Fondation Louis Vuitton (Paris) and the Zabludowicz Collection (London).

the Interest in the work of Johnson on the auction market increased significantly in 2019, the sales at Christie's, Sotheby's and Phillips in London and new-Йорке amounted to $2,98 million, up 578 % more volume of public sales in 2018-м. In may 2019 at Sotheby's in new-Йорке set a new record for the artist: the work of Escape Collage sold for $950 million (the price without the buyer's Commission), which is 31.9 % more than it is the second amount of the auction sale (November 2019, Christie's new-Йорк).

Rashid Johnson and the confidence indicator

Rashid Johnson is the sole leader in the rankings of young contemporary artists who ArtTactic respondents predict a stable market in the short term: he has 84 points out of a possible 100. However the separation from the nearest pursuer in the rating of insignificant, Afro-британки Lynette yiadom-Боакье (represented by Jack Shainman Gallery) — 82 points. While Lynette ahead of Rashid in the long term: according to market participants, it has more chances on the course in the next 10 years (49 vs 41).

In 2020, the work of Johnson was put up for auction 6 times, sold 100 % lots for a total of $198.5 thousand Among the formats of the works was presented twice painting and drawing photography, once — installation and drawings on paper. Note that both paintings were executed in the original technique using a frozen soap. The average estimate of all sold works was exceeded by 169 % — in other words, the sellers received an average amount of 1.69 times more than the initial estimation of the auction house. The upper limit of the estimate recorded in four of the six sales (67 %).

Recent work by Johnson, made during the quarantine, — Untitled Red Drawings Anxious ("Anxious-красные drawings untitled") — was exhibited the online virtual gallery Hauser & Wirth and sold out within a few days. In addition to traditional for the last months video from the artist, unites the author with the buyer, online-кабинете you can find a lot of other interesting marketing moves — from the track-листа, under which Rashid Johnson created a series of works to the artist's recommendations on nutrition, as well as a free "exclusive" background image video conferencing Zoom.

Review AI: beginning in June 2020 protests in the US against racial discrimination put African-American artists (especially related to large international network galleries) in a dual position. On the one hand, the movement itself Post-Black Art emerged as a symbol of erasing differences between people, including in art, on the other — right now, during the conflict, these differences could not be any clearer. On — more: major museums policy in the arts is never welcomed, especially — events from the Chronicles of contemporary and not historical, that you can recall and analyze at a later time (remember the exhibition at the Royal Academy of arts in London, dedicated to the centenary of the October revolution in 2017: it was planned long before the sanctions against Russia and has turned the most historically-нейтральной). On the third hand, art-рынок the U.S. has traditionally supported the democratic party, took the side of the protesters. Therefore, figures of the art world to stay "in the market", must also Express support for the people's discontent. Which of these factors will be decisive in the choice of the position of African-American artists? The most sensible, aimed at a peaceful settlement, we see the position of the envoys from art, is able to reconcile both sides, to restore calm to the streets, and the lessons learned from the events of recent days, — to invest in people heads and hearts,

In the next issue of the series "Contemporary artists in crisis" we will talk about the second issue of the rating of trust among the recognized artists — John Baldessari.