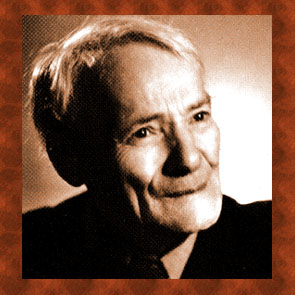 born in the family of architect-contractor, the elder brother of the artist David Devinova-Nuremberg. In 1904-1910 he studied at the Odessa Art School at KK Kostandi. In 1911-1912 he lived in Paris, where he was engaged in private academies. Some time filming the studio with MZ Chagall. In 1910 he began to participate in exhibitions of the Association of South Russian Artists. Since 1918 - Member of the Association of Independent Artists. In 1922 he joined the new society of painters ( "NHA"), in 1925 - in association "Moscow painters. In 1926-1929 he was a member AHRR (AChR).

Since 1918 he directed the private studio Free workshop in Odessa. In 1919 appointed as head of the Division of Arts gubkomissii museums in Odessa, was collecting works of art from the mansions and estates who emigrated after the revolution of the former owners. In 1920 he moved to Moscow. Worked in the "windows ROST" under the leadership of Vladimir Mayakovsky. Since 1922 he has lectured on contemporary and Western art in VHUTEMAS. In 1922-1925 worked as art reviewer in the newspaper Pravda. In 1927 at the request Lunacharskii was sent to the creative business trip to Paris. Was friends with Pyotr Konchalovsky, AA Osmyorkin, AV Lentulov, AV Kuprin.

in 1930 served as an artist in the Museum of the Revolution, he painted portraits of the leaders of the order. At the same time creating graphics and scenic landscapes, portraits, still lifes in the spirit of a quiet, art - landscapes, nude sketches, etc.

During the Great Patriotic War he was evacuated to Tashkent, where he created a cycle of landscape and genre sketches. In 1969 his memoirs were published in the artist's "Memoirs. Meetings. Thoughts about the art ».

In 2006 in the gallery "Ark" was held a retrospective exhibition of works Amsheev Nyurenbrega and his brother, artist David Devinova-Nuremberg.

Amshey Nuremberg is one of the most prominent representatives of the artistic life of the 1920 - 1940, yet his work is little known. The artist clearly manifested itself in the graph. Individual style of his work has been influenced by P. Cezanne, the art of which he met during his stay in Paris, and masters of "Jack of Diamonds", many of whom he had a friendship.

Creativity Nuremberg represented in many museum and private collections, including the State Tretyakov Gallery, Pushkin Museum im. Pushkin State Museum of the East, the State Museum of VV Mayakovsky and others.