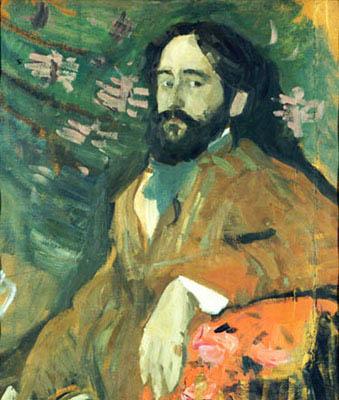 Nikolay Milioti was born to merchant family, he was a brother of the artist V. D. Milioti. In 1894–1900 Milioti studied at Moscow School of painting, sculpture and architecture (MUZhVZ), at first as a noncredit student, but since 1897 — as a full-time student. He studied under the guidance of A. E. Arkhipov, N. A. Kasatkin, S. V. Ivanov, L. O. Pasternak, K. A. Korovin, and V. A. Serov. Since 1898 Milioti attended the lectures at the faculty of history and philology at Moscow University. However he did not finished the course.

In 1896–1898, 1902–1906, 1911–1912 Milioti made several trips to Europe. In Paris Milioti attended private studios of J. Whistler, F. Colarossi, the Academies Vitti and Julian, where he studied under the guidance of J. Laurens and J. J. Benjamin-Constant. He also attended the lectures in the Sorbonne.

Milioti lived in Moscow. In 1904 he joined the Union of Russian Artists (SRKh). In 1906 he took part in the exhibition of Russian art organized by S. P. Dyagilev in Paris, and later in Berlin. According to the artist’s opinion, he was the first painter among other participants of the exhibition, whose works were bought by Paris private collectors. In the same year Milioti showed his works at the exhibitions of the group Mir Iskusstva (“World of Art”).

In 1907 Milioti together with his classmates from the MUZhVZ (P. V. Kuznetsov, N. N. Sapunov, S. Y. Sudeykin, P. S. Utkin and others) became one of the organizers of the exhibition Golubaya Roza (“Blue Rose”) in Moscow, and a founding member of the society Free aesthetics. In 1907 the first personal exhibition of the artist was held in Brussels. In 1908–1909 he exhibited his works at the Vienna Secession.

In 1910 Milioti was one of the initiators of reunion of the group Mir Iskusstva; he took part in the exhibitions of the group, in 1912–1916 was a member of committee of the group. Milioti was engaged in magazine graphic art, worked for the Zolotoye Runo (“Golden Fleece”; 1906) and Apollon (“Apollo”; 1910) magazines.  In 1910 the artist was awarded gold medal at the International Art Exhibition in Brussels.

In 1915 Milioti was called up for military service; he served as a warrant officer in the Carpathian Mountains. 23 Moscow artists made an application to the Russian Provisional Government in June of 1917, and Milioti was released from compulsory service and was demobilized.

In 1918–1920 the painter lived in Yalta, headed the Commission for protection of artistic treasures of the Crimea. In 1920 Milioti moved to Sofia. In 1921–1922 he lived in Berlin, in 1923 he settled in Paris. Milioti worked for the magazine Art of the Slavs published in Vienna and Leipzig. Since 1924 Milioti worked as a set designer at the puppet Theatre of Wooden Comedians of Y. L. Sazonova-Slonimskaya. In 1924–1925 he lived in the USA, then he returned to Paris. Since 1936 Milioti taught at the Institute of Decorative Arts, in 1929–1930 — at the Russian Art Academy of T. L. Sukhotina-Tolstaya. The painter was a member of the Union of Leaders of Russian Art in France, in 1931 he became a board member of the Union.

In 1940–1942 Milioti lived in Biarritz. After the World War II, the artist visited Rome, Nice, and Avignon. In the beginning of the 1950s Milioti lived in Germany. In emigration Milioti continued to participate in different exhibitions of Russian art in the Soviet Union and abroad: in 1922 — the Van Diemen gallery in Berlin and the Stedelijk Museum in Amsterdam, in 1924 — in Philadelphia, in 1925 — at retrospective exhibition Masters of “Golubaya Roza” (“Blue Rose”) in the State Tretyakov Gallery in Moscow, in 1927 — at the last exhibition of Mir Iskusstva (“World of Art”) in the gallery of Bernheim-Jeune in Paris, in 1929 — in Copenhagen and many others. The personal exhibitions of Milioti were held in Paris in 1929, 1930 (the gallery of V. O. Hirshman), in 1931 and 1938 (Paris gallery Charpentier), in 1942 and 1949 — in Biarritz.

Nikolay Milioti is one of the most brilliant and talented figures of Russian symbolism. The time when the artist’s career reached its peak lasted from 1900s till 1910s. Works by Milioti as well as the works by other artists of the group Golubaya Roza, are characterized by decorative ornaments and expressive colours. Paintings by Milioti are characterized by fine lyricism, mysterious images, and rich colours.

Works by Nikolay Milioti are in many private and museum collections, including the State Tretyakov Gallery, and the State Russian Museum.