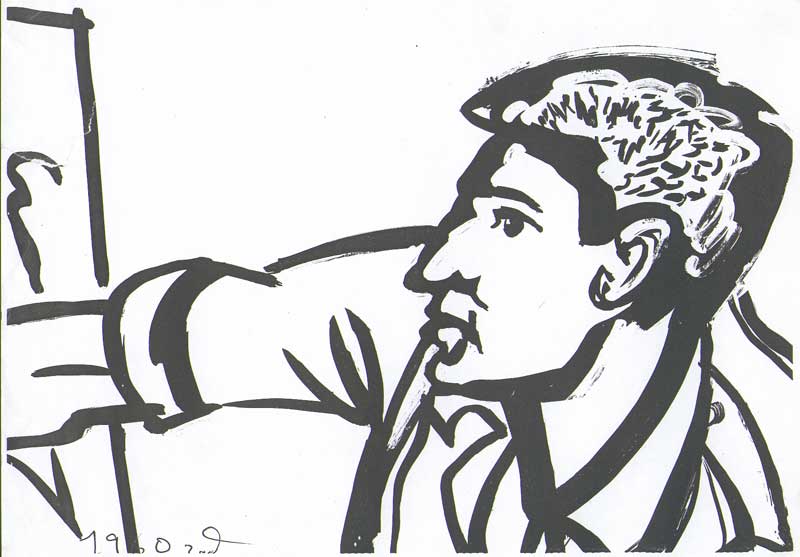 in Paris at 76, died Russian artists of the sixties Steinberg .

Professional art education he received. Studied painting with his father - a poet, translator and artist, a graduate of Arcadia VKhUTEMAS Akimovich Steinberg, was first arrested as an "enemy" in 1937 and after his return from the camp settled in Tarusa, which in 1950 became one of the centers of gravity of the informal culture .

lessons of his father in many ways defined the spiritual and artistic guidance of the artist. Tarusa from landscapes, still lifes, portraits of friends Steinberg came to figurative art by creating their own version of geometric abstraction. "By understanding geometric abstraction, I came across a Russian avant-garde, primarily through . But I almost did not reveal anything new, I just gave the Russian avant-garde a different angle. What? Most religious. Its spatial geometric structures I base on the old catacomb frescoes, and of course, the iconography "(from an interview with E. Steinberg. In 2000).

in 1961 in the city Tarusa club organized the exhibition with friends - Hitch , Igor Vulokh and V. Kanevsky. In the same year he moved to Moscow. He was a union of "Candlemas Boulevard" along with artists , Erik Bulatov , and Ilya Kabakov . In 1995 he went to Paris.

In his art, put together a mystical concept of the Russian Symbolists and plastic ideas of Malevich. Using the basic Suprematist forms, gives them a metaphysical sense, becomes a symbol of some sverhrealnyh entities. Contrasted himself as "an artist of the day," Malevich, whom he called "an artist overnight." Most of the works are stylized Suprematism, but the system is based on Steinberg's cross motif, and not a square, like Malevich.

Fabrics Steinberg made almost as grisaille, in light bluish-gray color scheme, with a minimum of geometric elements, interspersed with canvases, executed in saturated colors, geometric shapes that fill almost the entire space.