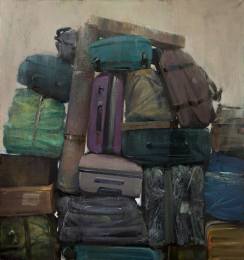 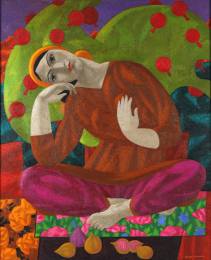 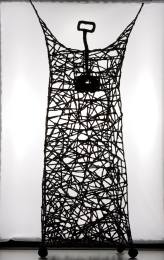 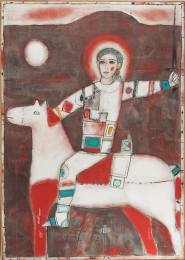 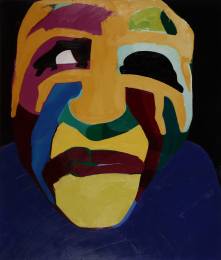 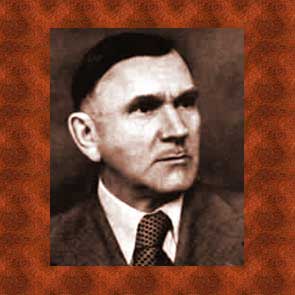 Sergey Gerasimov was born to a peasant family. He studied at school and college in Mozhaysk. In 1901 he moved to Moscow, entered the Central Stroganov School of Industrial Art. He studied under the guidance of S. V. Ivanov and S.-V. Noakovsky (1901–1907). Gerasimov continued hid education at Moscow School of painting, sculpture and architecture (MUZhVZ) under K. A. Korovin (1907–1911). At the same time he studied lithography under the guidance of S. S. Glagol, practiced at the I. D. Sytin’s Printing House. Since 1906 Gerasimov participated in the exhibitions of Moscow Salon.

Gerasimov lived in Moscow; in summers he worked in Mozhaysk, where he organized his own workshop in 1915. In 1921 Gerasimov joined the group Mir Iskusstva (“World of Art”). Since 1922 he was a member and exhibitor of the society Makovets. In 1920–1927 he taught in the Higher State Artistic and Technical Workshops (VKhUTEMAS), in 1927–1929 — in the Higher Art Technical Institute (VKhUTEIN); he became a professor. In 1925 he made a trip to Italy, Greece, and Turkey. In 1926 he visited Novgorod and Pskov; created a series of drawings and paintings on peasant life and nature of those places.

In 1926 Gerasimov joined the Society of Moscow artists, in 1930 — the Association of the artists of the Revolution (AKhR). In 1930–1936 he taught in Moscow Polygraphic Institute, in 1936–1950 — in Moscow Art Institute, where he was a dean of the faculty of painting, in 1946–1948 he headed the Institute. Gerasimov acquired a reputation of cautious liberal; it became the reason for discharge of Gerasimov.

During the Great Patriotic War in 1941–1943, Gerasimov was evacuated to Samarkand. He drew a series of watercolors Moscow — Samarkand — Moscow. In 1947 he was a member of the USSR Academy of Arts. In 1950–1964 he was a professor and director of Moscow Higher Institute of Industrial Art (former Stroganov School). In 1955–1961Gerasimov traveled through Europe. He worked a lot in book graphic art. He designed the books by N. A. Nekrasov and M. Gorky. He created special style of easel illustration. In 1966 he was awarded the Lenin prize posthumously.

Sergey Gerasimov was one of the leading masters of Soviet art. His early paintings were similar to Sezannizm. In 1920s he created a series of peasant characters in drawing, lithograph and painting. He created monumental pictures about history of Revolution, in particular Front-line soldier (1926), Oath of Siberia partisans (1933). His works of 1920s — first half of 1930s were characterized by simple composition, monochrome coloring and expressive drawing.

In mid 1930s Gerasimov’s manner of painting changed. He began to follow the traditions of the Russian plain-air painting; in his scene paintings and landscapes he followed the style of K. A. Korovin and V. A. Serov. Landscapes by Gerasimov were characterized by poetical interpretation of nature, harmonic and fresh colors. He also worked a lot in watercolor (cycle Landscapes of Mozhaysk, 1954). The most significant artist’s paintings of 1940s — 1960s were Mother of partisan (1943, changed in 1949–1950) and For Soviet power (1957).

Works by Sergey Gerasimov are in many museum collections, including the State Tretyakov Gallery, the State Russian Museum, and the Pushkin State Museum of Fine Arts. There is memorial House-Museum of S. V. Gerasimov in Mozhaysk.