Sale of art collections Rostopovicha - Vishnevskaya, which is seen as the main event of the fall for the Russian art market has become his main disappointment.

Sale of art collections Rostopovicha - Vishnevskaya, which is seen as the main event of the fall for the Russian art market has become his main disappointment.

Items displayed at the auction (rather, only part of the vast collection of Rostropovich - Vishnevskaya), estimated at 26-40 million dollars. Auction, scheduled for 18-19 September 2007, preceded by a massive PR campaign to strengthen the image of precious exhibited objects, the need to preserve the integrity of the assembly, as well as the risk of enormous loss for Russian culture, if the collection razoydetsya hands. In the meantime, the court so the case, these same hands many connoisseurs are prepared to fight for the right to enjoy the masterpieces of Russian painting and a strong labor. And to those in the collection can be attributed, at least twenty things. And this, by the way, pretty much, in fact considered to be good, if a bid is 3-5 masterpieces - and then two dozen 1 ...

Waiting for the event was all the more tremulous, which catalogs the latest «Russian bid» leading auction houses were fairly «empty». And Sotheby's, Christie's and have felt a clear shortage of hard things.

Well, now is not the essence. The day before the bid became known, that the meeting on the stump bought entrepreneur Alisher Usmanov (chapter «Gazprominvestholdinga», owner «Kommersant», the investor). Accordingly, no trades. Dumb show ...

The information was only by fits and starts. The amount of transactions carried out through the mediation of Sotheby's, the parties have not cited, argue that the price paid was considerably above expectations. Later Usmanov told himself that he had paid 36 million pounds and a commission. That is probably about 80 million dollars. 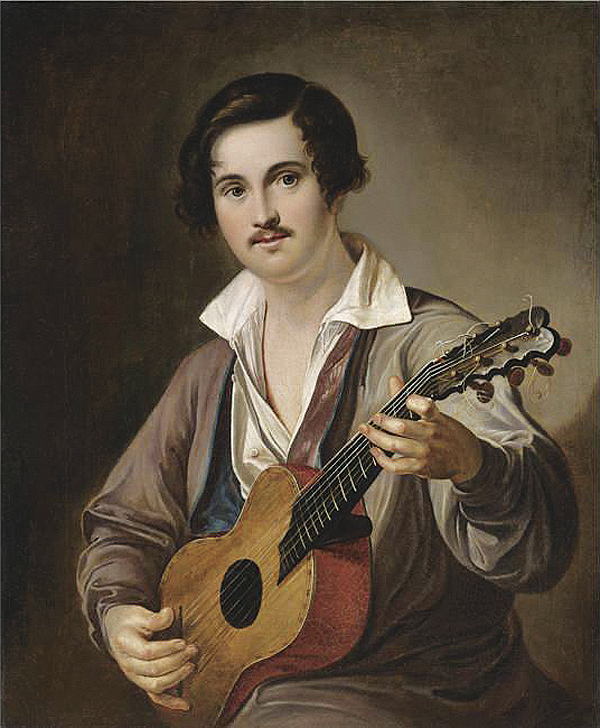 Buyer promptly congratulated rather in an open letter to the head of the Agency for Culture and Cinematography, Mikhail Shvydkoi, expressing his satisfaction that bought the entire collection and will return to Russia. We know that the role of Mikhail Efimovich in this transaction was quite large: almost exactly, he drew attention to Alisher Usmanov for an opportunity to perform a good deed. Later came the information that the assembly would be transferred Usmanova State, Shvydkoi offered reward businessman: «In the heart of the award given for charity. We have such an award, unfortunately, no, but there are other forms of promotion. I will ask the State to reward this person (Usmanova. - Ed .)».

Major museums immediately vying otraportovali a willingness to accept it. Tretyakov, Russian Museum, Pushkin Museum to them. Alexander Pushkin, Moscow Kremlin Museums, and the Stroganov Palace were candidates. The only thing to do so it still would have to be dismantled to meet the profile (for example, the Tretyakov Gallery has offered to host the canvases Brullov, Repin, Serov, Grigor'eva and Roerich). Now, however, aware that the entire collection will be available at the newly renovated Konstantinovsky Palace in Strelna - at the residence of the Russian President.

And the day after the socially responsible buying an information that the company Red and White Holdings Ltd Alisher Usmanov increased his share of the English club «Arsenal» from 14.6 to 21%. The deal amounted to 75 million dollars. Probably coincidence.

A few words about the impact of the abolition of the auction.

That is about the upcoming sale of some unhealthy trade, was known in advance. But do not believe that will happen because it is in the forehead - after the abolition of the auction. Do not believe that the government intervenes in a transaction in Russia. Do not believe that Sotheby's will receive a smart suggestion that the six hundred potential buyers will be disappointed, only to make their hands. And the consequences of such a move will be felt for a long time.

It is clear that the need to return to Russia and the importance of adhering to the integrity of the collection - is only a rant. Bryullov and Repin - artists of national and worldwide importance. Foreigners are particularly to anything, and would be bought, most likely Russian. The issue of integrity is also not hold water: collection, of course, complete without a collection of clear criteria. It is obvious that bought a Russian favorite old and a bit of informal art. After bidding things most naturally be moved to special collection - what is it bad?

The concentration of the cultural heritage represented in the museums of Russia, after the infusion collection Usmanova hardly noticeable change. The problems of our museums are not in the «non-cultural gaps» (art funds is enough), but rather, in housekeeping and management. But Russia's scarce art market with a one-selling collection of loss greater. What does it mean the abolition of the auction, except bungle plans and spoiled the mood of applicants? First, items from the collections are received in the commercial traffic: we have not carried out and the restitution of the museums do not back way. Second, lost a significant piece of market information - on sales of reference. In other words, do not set the current price levels. Published estimeyty can not serve even a close substitute for market prices. Practice provides that expert assessments can differ from the market at times. All in all, estimeyt an information only if the item was bid, but has not sold. Then, among other reasons for the failure can be assumed, for example, overvalued estimeyt. And without bidding estimeyt, is generally nothing said. And thirdly, the abolition of bidding to bring the great collectors and investors. For the upcoming budget struggle, people have formed, possibly selling part or committing other transactions in order to maintain liquidity. Not to mention the organizational details such as visas, tickets and specially allotted time ... Organizer prefer to do everything fast, convenient and without the headaches: business-to-business. Later, however, the head of Sotheby's, Lord Mark Poltimor collectors apologized for the inconvenience.

This is how it turns out that the benefit of hands on the deal, by and large, are only the direct parties: seller, intermediary and the buyer. Only in the cultural sphere, it is not nearly irrelevant.