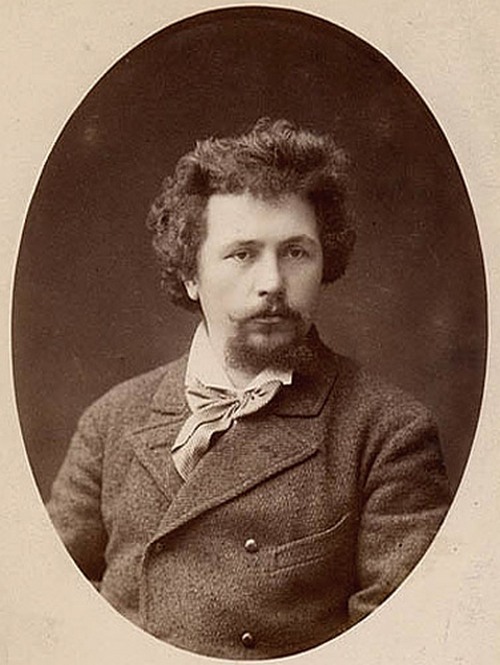 born in the family priest. Initial education in the Odesa Theological College (from 1862), from 1865 he studied at the Kherson Theological Seminary, is located in Odessa. At the same time attending evening classes Odessa Drawing School, where he met Ivan Aivazovsky. In 1868, with a view to entering IAH interrupted studies at the seminary, graduating four general classes. In 1868-1873 he studied at the IAH. In 1870, for landscape sketches was awarded the small and large silver medals. In 1873 received the title of class artist for the painting "The Tempest near Ochakov without passing a compulsory examination of scientific" as a sign of a special exception as an example to others. " In 1872-1873 he could not for health reasons to attend classes at the Academy, was listed as a volunteer.

From 1873 he lived permanently in Ochakov. He worked as a landscape, seascape. In 1874-1876 traveled to Germany and France. In 1877, for the painting "Night on the shore of the Dnieper estuary", "The Tempest" and "Autumn" was awarded the title of the class artist of 2 nd degree, in 1879 - the title of the class artist of 1-st degree. In 1880 he traveled to Germany, Austria, Switzerland and Italy. In 1880 was in Finland, the Caucasus and the Dniester, the Balkans, Asia Minor. Executing the order of the Maritime Ministry. In Ochakovo for the Naval Cathedral wrote icon "Walking on Water" and "Christmas". In 1882, for the painting "The storm near the coast Ochakov was awarded the title of academician.

Sudkovsky - notable representative of the Russian landscape painting of the second half of the XIX century, the representative of academic art. Despite the relatively short period of activity, the artistic heritage of the master quite extensively. In his work was influenced by Aivazovsky. Job Sudkovskogo inherent meticulous attention to detail, interest in the lighting effects, the ability to depict the life of the sea in all respects, to convey "her rest and motion, transparency, and its vastness, friendly game in her solar or lunar rays in calm weather, its severity and menacing grandeur during a storm ».

Sudkovskogo works are in many museum collections, including the State Tretyakov Gallery, State Russian Museum, the Central Naval Museum in St. Petersburg, Kiev museum of Russian art, the Odessa Art Museum and others.