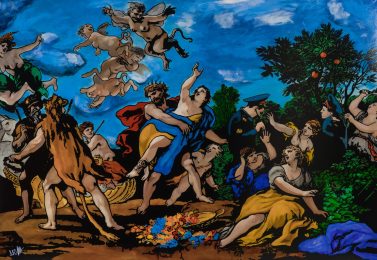 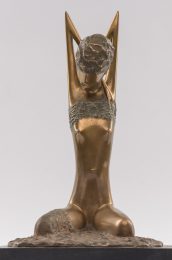 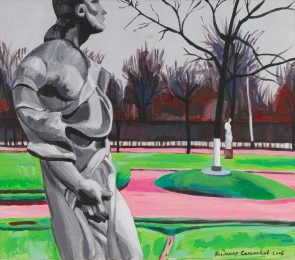 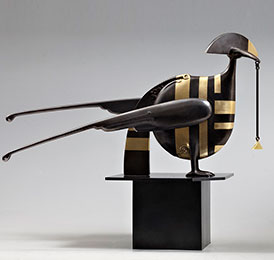 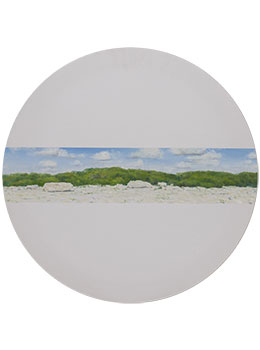 place of the noble family, the son of the last commandant of the fortress, General of the Russian Army, Baron von Holstein B. Stahl. In 1919 his family emigrated to Poland. In 1922 he was orphaned. In 1922 through godmother adoptable Belgian Catholic family.

In 1932-1936 he studied at the Belgian Royal Academy of Arts and Sciences. In 1936 he moved to Paris. He continued his education at the Sorbonne and studios F. Leger. He traveled through France, Spain and North Africa. In 1936 held his first solo exhibition in Brussels.

At the beginning of the Second World War (1939) enlisted in the Foreign Legion, he served in Tunisia. After demobilization in 1941 he settled in Nice, friendly with H. Arp, S. and R. Delaunay. In 1943 he returned to Paris, became acquainted with J. Brack. In 1944, together with VV Kandinsky participated in an exhibition of abstract art in the gallery "Eskis", in 1945, held in Paris, a solo exhibition, this exhibition brought the artist fame.

last years of life suffered severe nervous crisis; since 1952 has lived and worked in solitude in Antibes, where he bought a house and arranged a workshop. In 1955 he committed suicide. Left considerable epistolary heritage.

memorial exhibitions were organized in the National Museum of Modern Art in Paris, Kunsthauze in Zurich, the Guggenheim Museum in New York, Boston Museum of Fine Arts, the Art Institute of Chicago.

In 2003, the State Hermitage Museum (St. Petersburg) was a retrospective exhibition of works by the artist.

Nicolas de Stael - one of the most significant artists of the postwar European art. In early works (the second half of 1930) felt passion Byzantine painting, the influence of P. Cezanne, Henri Matisse, Pablo Picasso, H. Soutine. In the early 1940's, the artist turned to the Non-figurative art, which is close to finding the abstract expressionism and Tachisme. For works of this period is characterized by a deliberate simplification, deformation forms a dark color, expressive "convulsively" brushwork. In the late 1940's - early 1950's changed the nature of creativity: it reappeared figurative, lighter palette has become.

Despite the relatively short period of active artistic activity creative heritage de Stael is quite extensive: more than a thousand paintings, many drawings, prints, collages.

works are in many museum and private collections, including the National Museum of Modern Art (Pompidou Center), Museum d'Orsay in Paris, the Tate Gallery in London and elsewhere (most of the work established in 1930, was destroyed by the author, so the early period hardly represented in museum collections).