In October 2008, the Museum of Fine Arts of Lyon (France) will open an exhibition devoted to European and American art post-war years

In October 2008, the Museum of Fine Arts of Lyon (France) will open an exhibition devoted to European and American art post-war years. The task of the exhibition - trace the emergence and development of various artistic movements in each country since the end of the Second World War until the beginning of the Cold War, from 1945 to 1950. Works of artists from different countries during this period brings the overall feeling of rebirth from the ruins and restored «clean» art, liberated from any of the ideologies that defined the artistic process in the first half of the twentieth century.

Five postwar years were marked by intensive searches in the area of artistic practice, the results of which have profound implications for the further development of modern art.

the tragedy of war - destruction of cities, millions of deaths, the horrors of Nazi concentration camps and awareness-scale destructive power of nuclear weapons since Hiroshima and Nagasaki - were to become adequately reflected in the art of contemporary artists for whom the war has become an impetus to change perceptions about the the nature of artistic creativity. This belief in the need to update the art was most clearly expressed by the American artist Barnett Nyumanom, who said that his art is designed to «start from scratch as if painting never existed». 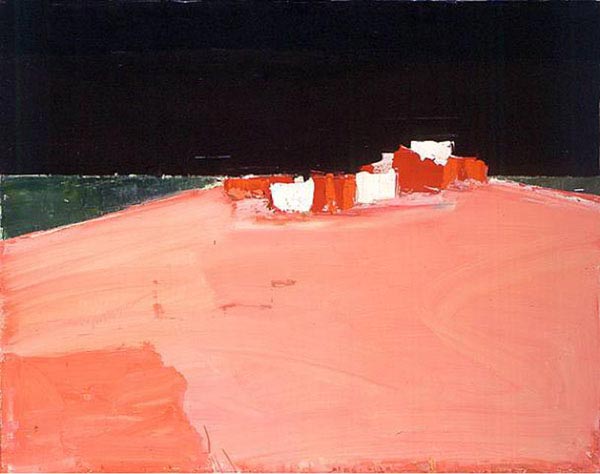 A sense of loss of past and hopes for radical change and the resurgence of art inspired artists for daring experiments, resulting in an unprecedented diversity of art practices - from primitivism to «automatic» (spontaneous art), from surrealism to abstraction. In the history of art that are usually perceived as the interlude, a short period of formation, ending with the transition to a more mature artists art. At the same time, fixed idea of what at that time there were two main directions in art. On the one hand, abstract expressionism in America, whose Jackson Pollock, Mark Rothko, Clifford Steele, David Smith and Willem de Kuninga - it artists, strong break with the past. On the other hand, lyrical abstractionism Paris School (Nicolas de Stal, Bram van Velde, Pierre Sulazh), whose purpose was to revive the past glory of an international art capital of the early twentieth century, the combination of experiments in the field of abstract art and time-tested artistic traditions.

Organizers offer a look at the art of the first post-war years in a new way, instead of the usual cliches and try to restore a short and poorly understood period when the art of different countries were simultaneous processes of renewal and the emergence of new forms. In particular, the curators rejected the usual opposition of New York - Paris, including in old European art exhibition of art centers, the West Coast, as well as Canada.

Since the exhibition «Paris /New York», organized by the Center Pompidou in 1977, which shows the development of art in these two cultural capitals in the period from 1930 to 1960, in France there was not one of such exhibitions , while the problem of interaction between American and European art is one of the key to the twentieth century. The upcoming exhibition at the Museum of Fine Arts of Lyon, certainly become interesting and very important experience in enhancing understanding of one of the most exciting periods in art history.