At New York auction Christie's «postwar and contemporary art on May 11 will be one of the last self-portraits by Andy Warhol. Monumental work in 1986 is estimated at 30-40 million dollars 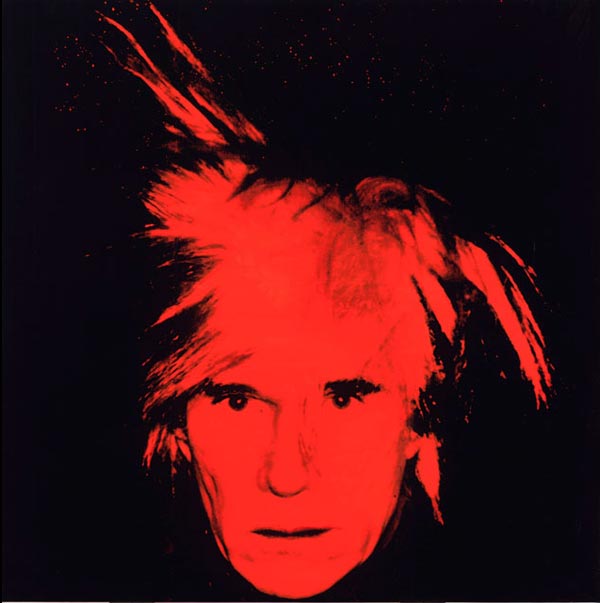 on the New York auction Christie's «Post-War and Contemporary Art on May 11 will be one of the last self-portraits by Andy Warhol. Work in 1986 is estimated at 30-40 million dollars.

For Warhol, which is usually hidden behind the beneficial perspective, this work was the first frank statements about their own vulnerability to death. With the monumental, an area of ​​almost 3 square meters. m, paintings directs a direct view of the viewer, as if looking into the eyes of death. Even more fascinating doing the work of intense colors: Warhol used his trademark bright red color, which, for example, was made by his famous image of Marilyn Monroe, as well as the work of "Red explosion (nuclear bomb)" (1963) from the series "Death and Disasters ».

This is one of the largest self-portraits by Warhol, and it exists in two copies. Twin brother of this portrait is now at the Guggenheim Museum in New York. For the first time portraits exhibited in London's Anthony d'Offay Gallery in 1986. The success was unequivocal. According to some art critics, such as art critic Robert Rosenblum (Robert Rosenblum), Warhol spoke one of the deepest themes in art: it was the last look at himself, an aging artist, comparable to the "great last self-portraits by Rembrandt and Van Gogh." Red-portraits Warhol really were at the bottom: just six months later, in February 1987 the artist died from complications after a simple operation.

In 1986, Warhol was written only 7 of monumental self-portraits. self-portrait, bought in 2010 for 32.5 million dollars , got into a private museum, and other works are in New York York's Guggenheim Museum, the Art Museum of Fort Worth (Texas), and Andy Warhol Museum in Pittsburgh.