March 12, at London auction house Sotheby's has successfully held its second practice of special auctions «Russian contemporary art», devoted to non-Russian post-war art, the works of the adjustment period and the post-perestroika period, as well as the current Russian Art 2000 -- ies. Interested in Trading was very high, sold 74 percent of lots (this is a high rate) and 17 artists have been updated personal price records.

Using the cover - a huge canvas «Before sunset» (1990), the hero of the day the auction Oleg Vasiliev - left to the buyer, to mark the 468.5 thousand pounds, which is almost twice exceeded estimeyta and more expensive projection D 1 . «Before sunset» - one of the best works Vasil'eva, fairly well known. These are the things the museum's values, in which the artist addresses the Soviet mythology, using constructivist techniques, creating an extremely concise and yet very impressive song. Metaphorical, but much less decorative composition Vasil'eva «outgoing» (created long before the emigration, in 1978) was sold with a triple excess estimeyta - for 180,5 thousand pounds. D predicted only a two-fold increase in the price.

Very good results have shown almost all of the sixties. For some four years, this market is in front of the venture has become a predictable - the existing laws on antiques. 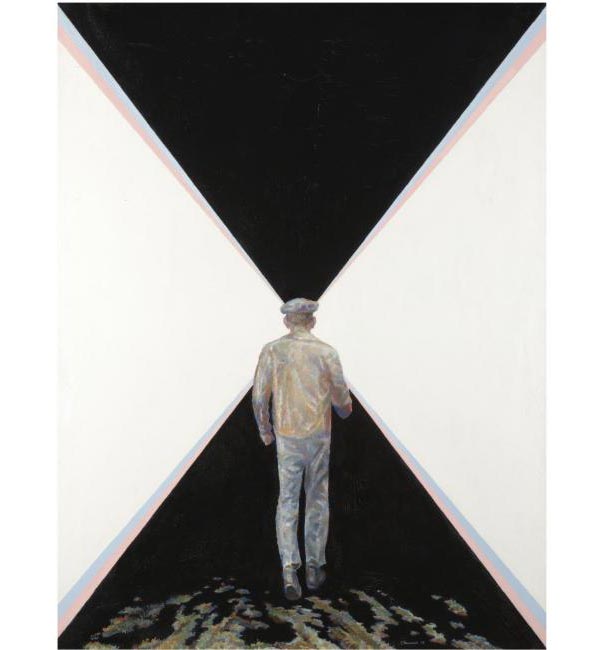 Of the first names are the canvas «not true» 1975 Oscar Rabin. This thing with a strong expressive appreciated criticism was fitted with a reasonable preliminary estimate 60-70 thousand pounds. So D waited only about 20% case the excess estimeyta. For the fact is work left for 102,5 thousand pounds. Portfolio Rabin and valuable period of above average today is rapidly washed away from the traffic, and the market all the more noticeable deficits - most likely, that is the explanation for the result of trades.

Good work by Vladimir Nemukhin estimeyta sold within or close to the designated auction experts ranges. Interesting «Playing the fool for a barrel of tar» (1973), with unusual for the author's careful rendering of details, was sold, surprisingly, within estimeyta for 50.9 thousand pounds, but later (1988), but chic canvas « Joker Number 5 »to anyone fortunate enough to buy for good now 48,5 thousand pounds.

meter assemblage of elements of a wooden box Yevgenia Rukhin was sold with a double excess of the lower estimeyta for 38.9 thousand pounds, almost exactly as predicted D. March 12, the composition with impressive red dot was the best of the works Rukhin, although from time to time to meet the auction market and higher quality. Explaining the results, we can assume that the course of the trading conditions of the moment of impact. From late February to 20 March, also in London at the exhibition venue MacDougalls and «silent auction» three artists - Eugene Rukhin, Alexander Kharitonov, and Vasily Sitnikov. So just to put it about 25 abstractions Petersburg nonconformists. Across the market is not as large a proposal, but (the same in terms of simultaneous bidding) tactically, it could have impact on the environment. D recommends that closely follow the suggestion of Rukhin, as their investment potential is still far from you.

The same can be said about the investment potential of Vladimir Yankylevsky. His long-term effects remain undervalued, but probably just now starting price surge - a couple of years ago happened to creativity Nemukhin, Rabin and a host of other first names. In particular, the composition Yankylevsky without a title in 1973 was sold with a fourfold excess estimeyta for 42,5 thousand pounds. So the projection D on that fairly soon the work of one of the most brilliant, daring and original artists in an informal art will be included in the range of «from one hundred thousand dollars», is the first confirmation.

in the works «panic realist» Peter Belenkov market has not been a common understanding of how much they should pay now and what will move the price ranges. In general low level of prices continued their high volatility, as collectors and investors to exercise increased caution. Hence the result of March 12, surprised: 54,5 thousand pounds when overvalued, according to D, estimeyte 15-20 thousand pounds.

Overcoming the psychologically important mark of 100 thousand dollars has been an absolute surprise. In the face of uncertainty and lack of visible nefundamentalnyh motivations for growth (except that the steady rise of interest in the work of the sixties at all) of its main factor, of course, have the dignity of work itself. In presenting his outlook, D has drawn attention to the fact that «Landscape with Moon» 1988 - excellent quality of the thing. Typical, for a good story (no extreme - at least in the living room to hang, while in the office), with the value theme, with the original mystery, good, meter size, so the same highly decorative (in black and white contrasts Belenkov look particularly impressive). 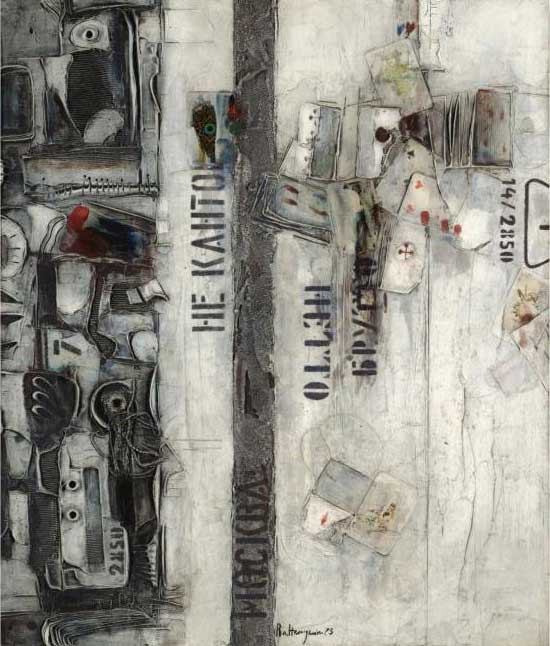 Selling this will not remain unnoticed by professionals and investors, but some are unlikely to make, because, I repeat, the work extraordinary. Perhaps, the market and will not be able to work out just today the price level.

In respect of seeds Faibisovich fit Region from making any predictions. The artist entered the auction holder only a year ago. The history of open sales did not, but every auction with the participation of his works ends with the mind incomprehensible results. For the creative side of something special there: the original artist, the intellectual, the genre hyperrealism too rare for people of «informal» era. So that will explain the growing interest. But the figures should also be desirable. Adjusted for this interest, D, and so has markedly above the previous forecast of market prices, higher estimeyta. As a result dvuhmetrovy canvas «Beauty» (scenic reconstruction of field photography with a demonstration) was sold at 5.2 times more expensive estimeyta - 264.5 per thousand pounds, more than half a million dollars. Can someone explain what is going on?

Among the unexpected results of a number of people versed called 94,1 thousand pounds per meter «Windows» kontseptualista Ivan Chuikov. The artist with his philosophy, with its theme of bright, have long been present in all the books on modern Russian art. It is precisely for these prices much more reason than that of a number of other record of contemporary art.

metaphoric symbol of the era of «oil conscience» - sculptural meditation ¥ € $ artist Andrew Molodkina (b. 1966) - was sold for 23,3 thousand pounds. This is double the price higher than paid at Sotheby's last for more than a bold sculpture Molodkina «Christ». In addition, a record for the artist. But it is still slightly lower than hoped to D, taking into account the known effects on exhibitions and publications. Increments of Marks yen, euro and dollar exclamation ¥ € $ (type «all out», «successful life») performed in five copies, so the chance to meet a similar thing at the auction in the future, not too small.

In general, according to D, a significant overall increase in prices can not be explained only a reaction to a falling dollar and the increasing cost of oil. Russian art market is largely subliming a wide range of fears and negative, coming from the other investment fronts. And the boom in this market will continue - at least to clarify the horizons of the global financial crisis.