Cubist masterpiece by Pablo Picasso became a collector Steve Cohen. In the role of the seller made the casino owner Steve Wynn 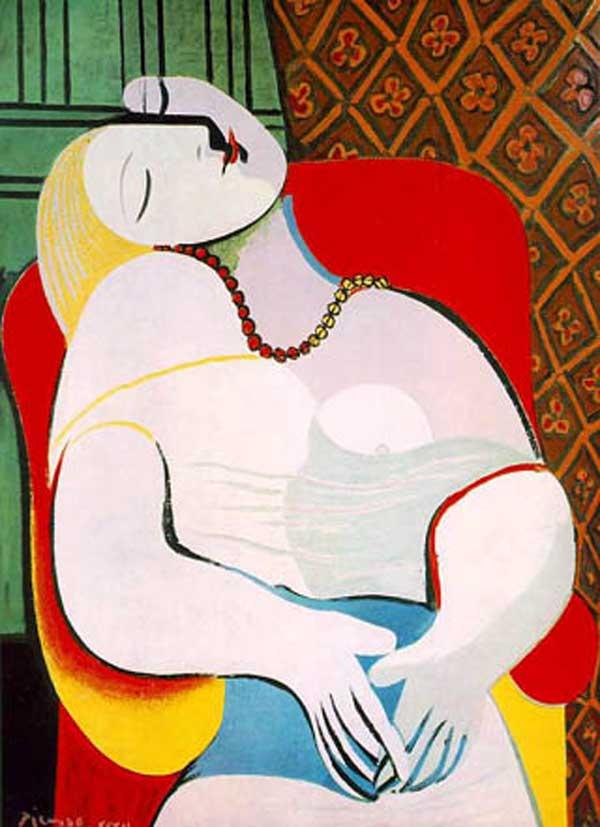 picture of "The Dream" by Pablo Picasso bought in a private transaction for $ 155 million. It is reported by Bloomberg. Regretted his millions collector and owner of SAC Capital Advisors LP Steven Cohen (Steven Cohen). In the role of the seller made the owner of numerous casinos in Las Vegas, Steve Wynn (Steve Wynn).

sale Cubist Picasso masterpiece with the sleeping Marie-Therese Walter has occurred at the second attempt. Back in 2006, Winn and Cohen have agreed on a price of 139 million dollars for a "dream", but the deal fell through because of the accident: Wynn, which is very poor vision because of pigmentary degeneration of the retina during the show includes paintings by Picasso so actively gesticulating that accidentally poked her elbow. Cloth, of course, was immediately sent for restoration, which lasted several years, but did not make Steve Cohen not to buy this Picasso. Fortunately, the blade is very well restored. Says appraiser Beverly Schreiber Jacoby (Beverly Schreiber Jacoby), unless you know that the painting was damaged, and that the opinion can not define.

Steve Cohen repeatedly included in the list of the most influential in the world of collectors. His collection includes works by Vincent van Gogh, Edouard Manet, Willem de Kooning, Paul Cezanne, Andy Warhol, Jasper Johns and Gerhard Richter. He became interested in art in 2001, when he was 56 years old. Among his first purchases - "Self Portrait with Palette" Edouard Manet. Work he purchased all at the same Steve Wynn. Cohen later became interested in contemporary art and the Hearst bought the shark in formaldehyde for 8 million dollars.

painting "Dream" is now the most expensive work of Pablo Picasso. True, it was sold in a private transaction and not at auction. Record for works by Picasso at public auction the painting belongs to " Nude on a background of green leaves and bust ", which in February 2010, was sold by auction for 106.5 million dollars .

If we take into account not only auctions, and private transactions, then there is only one more masterpiece painting "The Dream". This painting by Paul Cezanne "card player", which in 2011 acquired for $ 250 million Qatar's ruling dynasty .