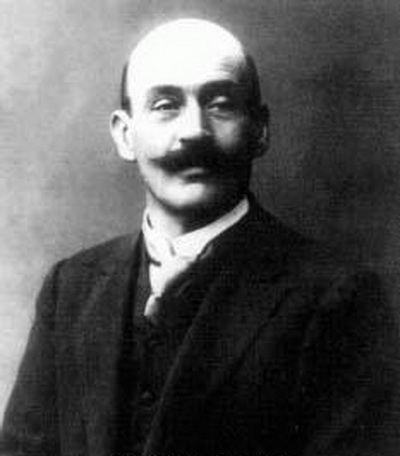 Franz Roubaud was born to a family of merchant, Frenchman by origin. He finished Odessa gymnasium. In 1865–1877 Roubaud attended Odessa Drawing School. In 1876 he moved to Munich in order to continue his art education. In 1877–1883 he entered the Royal Bavarian Academy of Arts, studied in the studio of J. Brandt.

Roubaud visited Russia every year; he traveled to Caucasus, Transcaucasia, Central Asia, and the Ukraine. In 1886 he painted 19 paintings on the theme of the Caucasian wars by the order of the Military Historical Museum Temple of Glory in Tiflis.

In 1888 Roubaud worked on the painting Storm of Achulgo. He created pavilion for this panorama in Munich; in 1891 he exposed the painting. Roubaud was awarded the Order of St. Michael for this painting. He was conferred the title of professor by the Bavarian Academy of Arts. In 1893 the painting Storm of Achulgo was exposed in Paris, in 1896 — at the All-Russian industrial and agricultural exhibition in Nizhny Novgorod. In 1897 the Military department purchased this painting.

In 1901 the government ordered Roubaud to paint panorama dedicated to the 50th anniversary of the defense of Sevastopol during the Crimean war. The panorama was the most famous work of Roubaud. It was exposed in 1905.

In 1903 Roubaud was appointed professor of battle-scene painting studio at the Higher Art Institute under the Imperial Academy of Arts in St. Petersburg. In 1908 he was conferred the title of academician; in 1910 he became full member of the Imperial Academy of Arts (IAKh). His students were famous battle-scene painters in Soviet time: M. B. Grekov, M. I. Avilov, P. I. Kotov and others.

Roubaud also created the panorama of the Battle of Borodino. He visited the place of the battle, drew a lot of sketches. He worked on the painting together with artist I. G. Myasoedov, professor of the General Staff Academy Lieutenant General B. M. Kolyubakin, who advised Roubaud about historical questions. In 1912 Borodino panorama was exposed in the pavilion in Chistye Prudy in Moscow (now in Kutuzovsky Prospekt).

In 1913 Roubaud left the Academy of Arts, moved to Munich for treatment. He immigrated because of oppression during the 1st World War and the October Revolution. Roubaud lived in Munich till the end of his life.

Franz Roubaud was a significant master of battle-scene painting of the last third of the 19th century — the beginning of the 20th century. The biography of the artist could be divided into several periods. During the first period (1880s–1900) Roubaud was interested in history of the Caucasian wars. The second period (1900–1905) was so called Sevastopol period; the artist studied the Crimean wars of 1853–1856. During the third period (late 1900s — early 1910s) Roubaud was engaged in history of the Patriotic War of 1812.

During his life Roubaud painted a lot of paintings. It is known that during the Caucasian period he created approximately 200 paintings and 100 drawings.