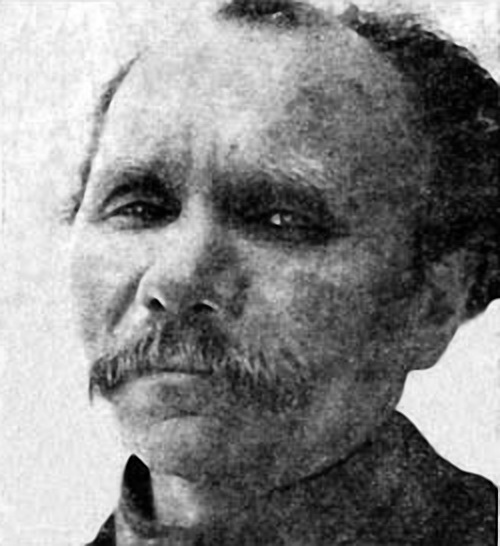 a painter and a poet.

a painter and a poet.

Born into a peasant family. Zaraisk studied at a religious school and Ryazan Seminary. ABC has studied painting at the MV noise. In 1905 attended a private Moscow studio Bolshakov. In 1906 enrolled at Kazan University, where he studied with H. Feshin. In 1911 he graduated from the historical-philological faculty of the University, and in 1912 published his first book of poetry, "Field psalms," earned positive feedback from Gorky, V. Bryusov and N. ; Gumilev.

In 1914, on the recommendation of Ilya Repin and VD Polenova joined the Association of the Wanderers, in which many exhibitions on display. At the same time in Kazan, released his second book, "The earth riza».

lived in Kazan. In 1914-1916 worked with the newspaper "The Siberian Life" magazine and "the Siberian student».

In the postrevolutionary years teaching at the Kazan Art and Technical Institute. Before 1921 worked as an instructor and head of the department of Fine Arts Tatnarkomprosa. As the last chairman of the Association of the Wanderers, after the revolution, tried to revive the activities of this society.

Since 1922 shuttling between Kazan and Moscow. Succumbing to Soviet trends in art, helped to organize a new artistic affairs in the Soviet Union, was one of the founding members of the Association of Artists of Revolutionary Russia (AHRR). He tried to instill Association peredvizhnicheskie tradition.

In February 1923 in Kazan, the Tatar branch Radimov created AHRR. Organized by the Moscow Regional Union of Artists, which was elected the first chairman. Within AHRR Mossich and has held many exhibitions of his works throughout the country, actively participated in the group of Soviet and foreign exhibitions in Venice, London, Berlin, Munich, Cologne, New York, Stockholm. In 1926 a delegation of Russian artists traveled to Finland to Repin, where a portrait of the great Peredvizhnik.

In addition, he wrote memoirs and still published books of poetry: collections "Village" (1922), "Terrestrial" (1927) and others.

In early 1930 the artist moved permanently to Moscow.

worked in the residential, portrait, landscape painting. Frequent travel Radimova the country resulted in a series of works devoted to the Bashkir, Chuvash, Mari land, Central Asia, central Russia and Moscow region. The favorite theme of his paintings from the 1930's became the subject of the Russian countryside. Fabrics for historic and revolutionary themes, and portraits of the international communist movement in the works Radimova are rare.

At the end of life Radimov mainly engaged in painting.

In 1962 Moscow hosted the latest solo exhibition of the artist, dedicated to his 75 th anniversary.

In 2005 in Moscow in the Fireplace hall of the journalist was held thematic exhibition "Paul Radimov. Peredvizhnik and poet ».

Works Radimova stored in the State Tretyakov Gallery, in other museums in Russia, as well as in private collections.