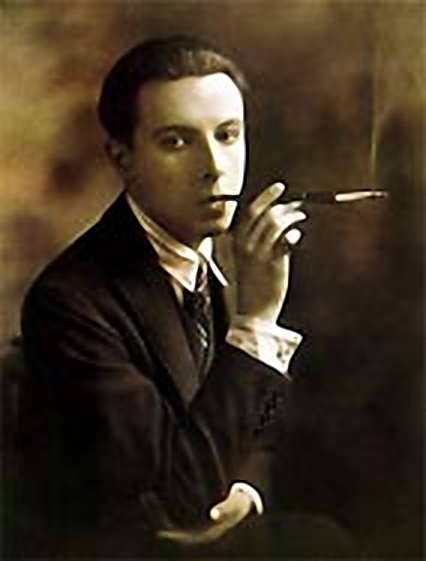 place of the noble family, his father was chief of the Naval Engineering College. Youth held in St. Petersburg. In 1906 studied drawing under the leadership of Ilya Repin.

In 1912 he settled in Paris, entered the Academy R. Julien. He began to cooperate with the famous fashion designer P. Poirier. He took the pseudonym Erte, composed of the initials. He published his drawings in a St. Petersburg magazine "Ladies' fashion and Parisian Newspaper du Bon Ton. He created costumes for the play "The Minaret" Mata Hari, with the participation in the theater Renaissance ».

At the beginning of the First World War he moved to Monte Carlo, then - in the United States. He has worked for leading fashion salons: "Henry Bendl", "Altman", "Liechtenstein". In 1915 he signed a contract with the magazine Harper `s Bazaar, became the beginning of a long and extraordinarily fruitful cooperation: in the decades Erte performed for the magazine a total of 250 covers. At the same time as a fashion designer has collaborated with the magazines Vogue, Cosmopolitan, Woman `s Home Journal, The Sketch. Models Erte enjoyed widespread and sustained popularity. His concept of fashion, he outlined in an article for the 14 th edition of the Encyclopedia Britannica (1929).

was busy scenography. In 1917-1930 created a design for a variety of rooms Variety "Folies Bergère cabaret, and" Lido "in Paris in 1933-1952 - for the variety show" True Story Tabaren ", in 1950-1958 - for the variety show" La Nouvelle Eve in Paris . Also produced sketches of costumes and scenery for productions of Broadway music hall "Siegfried Foliz", "Vintergarden", "Ffrench Casino. In 1925 signed a contract with Hollywood kinofirmoy Metro Goldwyn Mayer, the artist made several films, including "Ben Hur" and "La Boheme».

In late works, along with a pattern, became fascinated with sculpture and lithography.

Erte - one of the leading representatives of Art Deco. His works are in many museum and private collections, particularly in the Metropolitan Museum in New York, the Victoria and Albert Museum in London and elsewhere. In the collections of Russian museums artist's work is hardly represented.