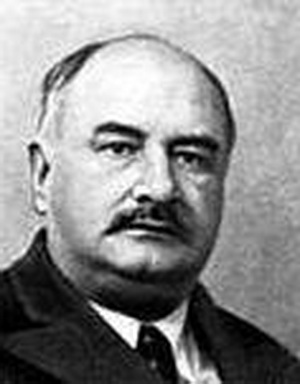 was born in the family of the officer. He began training in the gymnasium of the Kursk. In 1901 the family moved to Vladivostok, to the new location as his father. There, while studying in school, Istomin began to attend school drawing, started painting. Became acquainted with the art of China and Japan; particular impression on him made the colorful prints and splints with unusual themes.

Since the beginning of Russian-Japanese War, the family moved to Kharkov, where Istomin postsecondary education for some time worked in the studio of artist E. Schrader. Was involved in the revolutionary events of 1905, participated in the actions of the workers, had been arrested, spent several months in prison.

freed in the summer of 1906, Istomin went to Germany for further study of painting and till 1909 worked in Munich, the famous Hungarian painter and teacher Sh Holloshi.

Upon returning to Moscow Istomin joined the art history department of Moscow University, by his own admission, rather wanting to postpone military service, than for the sake of knowledge. But studies at MSU he has instilled this culture has had a decisive influence on his artistic outlook in 1912 and allowed to travel to Greece and Italy, where artists met and got carried away for life art of antiquity and the Renaissance.

the summer of 1913 Istomin was drafted into the army. During the First World War, commanded an artillery battery, was wounded, was operated for a long time was treated. In 1917 he was elected to the regimental committee, but was soon discharged. He arrived in Moscow and in 1918 went to work in the Fine Arts section of the Moscow Soviet, where he studied design and manufacture of agitation trains billboards to the first Soviet holidays.

In March 1919 Istomin joined the Red Army, was injured, suffered a fever and was finally released from military service. In the creative plan of the Civil War brought the artist only scattered notes, which formed the basis for a series of graphics on the tenth October the Red Army in the Donbass. Others battle drawings Istomin lost.

In 1920, Istomin briefly held the diplomatic post, but then he was sent to the People's Commissariat of Education to organize the workers' school of art. From 1921 until the end of life Istomin engaged in teaching activities.

the rank of professor at first he was the organizer of Higher art workshops (VKhUTEMAS), and later taught in them. Later, he lectured at the Moscow Polygraphic Institute (1930-39) and MGHI (1937-42). According to the recollections of his students, Istomin was widely knowledgeable and principled man, a teacher by vocation.

Istomin was a member of several art associations and, despite the fact that the training work took a lot of his forces, found time for personal creativity. In 1920 he participated in exhibitions Society of Four Arts, has exhibited his landscapes, still lifes, portraits, genre paintings, such as the "spinner" (1924), "Tea Time", "Harvest", "Mother and Child", "For cleaning vegetables "," Morning "(1928)," Caucasian aul "(1928)," On the Terrace "(1929)," Woman Reading "(1931).

In these years Istomin was already fully mature artist. By joining the Association of Artists of Revolutionary Russia (AHRR) and confessing the principles of Socialist Realism, however, he sought to combine the traditions of art Wanderers with a distinctive, typical of European art. For himself he chose the style of painting emotion and color.

most notable product Istomin prewar years was the picture "Vuzovki" (1933). Written on the face of domestic genre painting contrasts with the explicit bombastic writings then pores.

classic basic framework Istomin issue and his later work: strict sketches from nature "in the room by the window" (1928), "Woman Reading", "Portrait of Lydia" (both 1931), the outline of the unfinished painting " Rise of the Romanian peasants, Crimean seascapes.

Istomin, and proved himself as a theater artist, creating designs scenery and costumes for several productions, wrote theoretical works and training programs.

fall of 1941, together with all the Moscow Art Institute Surikov (formerly VHUTEINom) was evacuated to Samarkand.

died in the evacuation.

Istomin's first solo exhibition organized in Moscow in 1961 his pupil I. Savitsky, director of the Museum of Karakalpakstan. The second exhibition was held in 1975, and in 1985 in Moscow, was published art book with paintings Istomin "Selected Works».

works can be found in the State Tretyakov Gallery, the State Russian Museum, Saratov State Art Museum, Art Gallery of the Kursk and other gatherings.